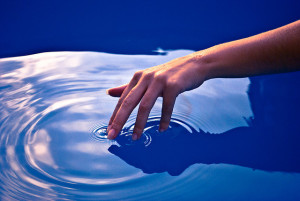 Any successful company relies on placing the right person in the right role. But some companies block their own efforts on finding that right talent… even ignoring half of the talent pool before they start looking. Not only does this ‘gender-based talent blindspot’ prevent true workplace equality from taking place, it also holds your company back. In a day and age when business as a whole is still limping out of the Great Recession remaining blind to 50% of the workforce is not an option.

The pending retirement of the baby-boomers in leadership positions makes this problem worse. There is an obvious solution here. For today’s leaders, getting more women into leadership solves many of the talent shortages.

How do we get there though?

Buy-in From the Top Down

Getting more women in leadership roles requires buy-in from the gatekeepers currently holding the leadership seats. Fortunately, some recent research, such as this one from the Harvard Business Review (HBR), shows that companies see the importance of hiring, training and promoting women. In surveying 24 CEOs from across various industries, the writers for the article found:

More leaders at the top need to adopt this way of thinking. If the moral imperative does not sway them, certainly the business one should.

Gender bias in the workplace acts in subtle ways. One way it works is when men in high-level roles tend to relate more to men in lower levels and take them on as mentees. They also could fear rumors of sexual misconduct in taking on a female mentee. For example, a one-on-one dinner between a male superior and subordinate probably won’t raise any eyebrows. The same situation with a female subordinate might get the rumor mill going.

But the effect of this is that when men in upper management show a preference for male mentees, women get left behind. Conversely, establishing an official mentor program eliminates both concerns. Male mentors get placed with female mentees and any time they spend together relates to the program. Women looking to move up in a company also get a clearer path to leadership roles.

When You Look to Promote, Look Within

Companies can spend a lot of time, money and HR labor looking for outside leadership candidates. This can happen before giving an honest appraisal of the in-house talent. A gender-based talent blind spot makes this problem worse. According to Forbes, surveys measuring leadership effectiveness across various industries reveals that employees see women as better than, or at least as effective as, male leaders.

Yet women do not hold a representative number of leadership positions. Promoting from within allows your company to get top level talent to the top and save money while doing so.

So, taken together, the 3 main points are:

Now we ask you:

How do you think business should be deepening the talent pool with women leaders?