You are here: Home / Communication / Women Working With Women: Getting Feedback Right

In election years (as well as most other years), there’s often a lot of talk about the gender gap in both salaries and promotions to top positions in all work settings. But there’s another related issue that doesn’t get press—a gender gap in feedback that could affect our success paths in the workplace.

Women often don’t take feedback from other women positively—even if the feedback is meant to be positive. Last April, at a Women in the World Summit sponsored by The New York Times, PepsiCo’s CEO Indra Nooyi pointed out, “We assume feedback from women [always] means something is wrong, but if that same feedback came from men, we’re more willing to accept it … we sometimes don’t give feedback to women the way we should.” 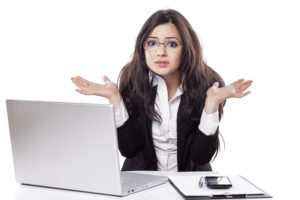 Such feedback insecurity could hold us back. But women leaders can adopt better feedback approaches to foster innovative thinking and boost confidence.

Why Feedback Is Critical

Flimsy feedback creates a vicious cycle: When women in charge don’t specify feedback to women they manage, those women won’t have a solid idea of what they do well and what they need to improve. Thus, their future efforts tend to stay on the same level and pace, which can lead to stalled careers and a sense of stagnation. Likewise, without the right dose of actionable feedback, you could end up with underperformers on your own teams.

Does Gender Factor In?

It might not always be obvious when you receive feedback from a superior, or give feedback to your female subordinates, that the feedback you’re giving or getting is vague or unclear. Think about it: vague feedback lets you know you’re generally doing a good job, but it doesn’t identify specific actions as either well done or needing improvement.

Recent research from HRB shows that women are less likely to receive specific feedback — which ties into lower performance review ratings and career outcomes for women.

Bosses of both genders might expect us to be more team-oriented than men, and thus less independent. So we may be more likely to be shunted into support roles rather than landing the core positions that lead to executive jobs, researchers add.

We could be unconsciously internalizing stereotypes that can drain confidence in ourselves and in our female co-workers. But there are ways to make it easier to provide actionable feedback.

Jessi Lynn Stoner of the Seapoint Center for Collaborative Leadership advises women to keep a few points in mind when giving pointed feedback to other women:

How do you give feedback? Share your tips in the comments section.