You are here: Home / Community / Women in STEM & the Organizations Supporting Them

You probably saw the internet explode this past spring with the #ilooklikeanengineer campaign. The campaign addressed the lack of women in STEM (science, technology, engineering and mathematics) and the perception that women don’t “look like” engineers (or scientists, doctors, mathematicians etc.). This was the newest voice to enter into a decades old battle to get more women in STEM, which remains a problem. 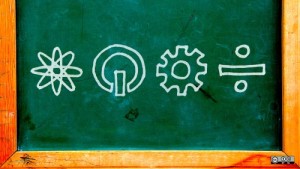 Many of the industries within STEM are the industries that have the lowest representation of women and the highest pay gaps between men and women. The issue also presents concerns over the long-term societal impact of denying half the talent pool access to some of our most important industries.

From the lack of depth in the tech talent pool to issues around women’s health, we should all push for greater gender diversity in STEM. But how do we achieve this?

Let’s look at the factors contributing to the issue. There are many, but three of the most common reasons are: 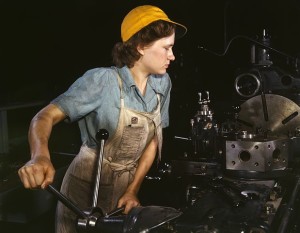 Fortunately for women looking to get into STEM, grow their careers or become leaders and mentors, there are organizations currently supporting all of these goals.

Here are a few organizations doing their part to bring more women into STEM roles:

MentorNet – The community-based MentorNet focuses on one of the most consistent reasons cited for why women are underrepresented: lack of mentors. The membership service provides a 7-step process that connects protégés with mentors to help develop their careers. At the end of the cycle the protégé re-enters the cycle as a mentor. In addition to their guided mentorship process, MentorNet provides community networking opportunities and resources to support their process. They’re goal is to create a “Diverse 21st Century STEM Workforce” in which all citizens contribute to innovation and experience prosperity.

STEMinist – This 2010 startup features stories on women in STEM. Their goal is to increase visibility, reverse the perception of women being underrepresented, encourage girls and women to pursue STEM careers and create a social media presence for women in STEM. The site was created by software developer Ann Hoang.

Made with Code – Internet giant Google brings us ‘Made with Code’ – an online resource center and community to help get more women into coding. The site provides various projects as examples of cool things built with code, mentoring opportunities and has a strong community aspect.

Anita Borg Institute – The Anita Borg institute envisions “a future where the people who imagine and build technology mirror the people and societies they build it for.” The institute began in 1987 as a grassroots online community for women in computing. It was founded by computer scientist Anita Borg. Since then it has grown into a global community focused on building the leadership for women in computing.

Association of Women in Science (AWIS) – The AWIS dates back to 1971. Their mission is to get full participation of women in all disciplines across all employment sectors. In pursuit of this mission, the AWIS advocates for equal pay for equal works, increased advancement opportunities, exposure to mentors in leadership positions and greater recognition for achievements.

Society of Women Engineers (SWE) – SWE is one of America’s oldest organizations for support women in engineering. Their focus is a passion for their members’ success. Their mission statement is: “Stimulate women to achieve full potential in careers as engineers and leaders, expand the image of the engineering profession as a positive force in improving the quality of life, and demonstrate the value of diversity.”

Association for Women in Mathematics (AWM) – The AWM focusses specifically on women in mathematics. Their organization encourages girls to study math in school and promotes equal treatment of women in jobs related to mathematics. They are a membership organization that provides many resources for women and girls looking to advance in math.

As the above list illustrates, there are many resources to help women in STEM and promote the idea. But as the numbers indicate, there is still a lot of work to be done to achieve STEM equality. So, now the question is put to you: how can we do more to advance the careers of women in STEM and develop the next generation of STEM leaders by promoting girls studying STEM subjects? Leave your answer in comments below.