You are here: Home / Featured Home / Most Women Aren’t as Independent as They Think: Are You?

On the surface, most women in leadership appear to be independent – confident, grounded and self-reliant. Below the surface, many aren’t. What about you?

Women who are or want to be in leadership need to be independent thinkers, doers and innovators. Yet, many let their independence – and the credibility and career advancement that comes with it – get stifled more often than they realize.

“Independence means being completely free from the need to please others or worry about what other people think,” says Greg Miller, co-author of The Circle Blueprint: Decoding the Conscious and Unconscious Factors that Determine Your Success. “It’s about taking 100% responsibility for your life and being able to speak candidly in all circumstances.” 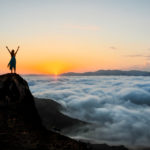 In fact, independence is often compromised on every level within companies. Men are promoted at a 30% higher rate than women during their early career stages, according to the Women in the Workplace study. And women are significantly more likely to spend five or more years in one role, where they’re more likely to turn to bosses or colleagues for help instead of taking charge.

“Women, inherently, are deeply powerful, but to realize their full power, they need to master independence,” Miller says.

So how can women gain – or regain – the independence that helps them get ahead?

In leadership, you’re presented with problems all the time. Anyone who is even slightly dramatic might turn those problems into larger situations that don’t exist or don’t have to exist. You might even cast yourself as the victim – I can’t believe what this will do to my reputation – or a martyr – Do you realize everything I’m going to have to do because of this?

“When you feel you’re falling into crisis-prone behavior, take a step back and examine the energy that is flowing through you,” Miller says.

That’s when you want to remove yourself from the situation and reflect more on how it affects others. Then attack the issue as an outside solution-provider, who objectively and fairly takes care of it.

No one – male or female leader – can do it alone. You will always need a support system of mentors, colleagues and employees.

But women who want to grow their independence develop new skills and problem-solving methods.

You can turn to other experts for advice, but you want to make as many final decisions on your own as possible.

How? Pull together all the facts you can when faced with tough decisions. Share those with people whose opinions you respect. Use their perspective, the data and your experience to make the final decision. Then, share your decision without feeling you have to justify it. You’ve done your work to do what’s right.

We all have crutches. While some are OK for the short-term – a good bar of chocolate or Game of Thrones binging – others get in the way of achieving goals and becoming more independent in your career – say, procrastination or avoidance.

The key is to know what you lean on, how it affects your work and life, and when you need to shake it.

If you can’t identify your crutches, ask colleagues, your mentor or friends to help. They often see what you don’t. Then when you lean on them, take note of what happens to the situation that led you to use them: Do you abandon the situation? Do you dig in deeper once you’ve used them?

That can help you either break free of crutches or understand how long you can use them effectively.

You’re in a leadership position because you have countless successes under your belt. But for many smart, ambitious women reaching goals and moving up in their careers hasn’t been terribly difficult because goals were set for you and you smashed them.

So to gain more independence, credibility and respect, set higher goals for yourself. Make a personal commitment to yourself – not your boss or company – to accomplish something that’s beyond what others expect.

“Develop the discipline to work toward something difficult – even when it’s uncomfortable to do so,” Miller says.

Women in leadership won’t succeed by behaving independently all the time. You’ll almost always need support and collaboration. So you’ll want to make the same kind of efforts to build your independence as you do to build collaborative relationships.