You are here: Home / Communication / Winning Negotiation Skills Women Have Had All Along

Let’s Do an Experiment

Go into any search engine and type in “business negotiation” – you’ll learn a lot about negotiating contracts, getting the best deal for your company, and finding win-win solutions.

Now try “business negotiation for women.” It’s all about salary. You’ll find maybe one or two pieces about how to do your job better, but most of what you encounter will be about your salary and your career.

Women’s leadership is more than fighting for better jobs and pay – it’s also about getting even better at the job you have. This means you won’t just be adding value to your career, but negotiating better contracts and deals to add more value to your company. 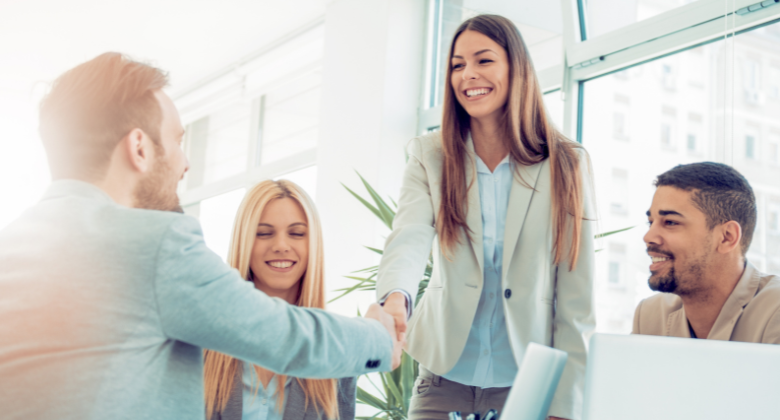 You Have to Negotiate

In any context, in any role, you will be negotiating. A software engineer tucked in a tiny corner IT department corner who sees one other person a day will still find herself negotiating with that person. Maybe you both want the same project. Maybe you have different ideas for what’s right for the department. Maybe they eat chips too loudly.

The first step is knowing if the issue is negotiable. Most things are. But, why do professional women often avoid asking for what they want? When talking about the relationship between gender and negotiation, many focus on the “confidence gap” – the idea that many women either don’t know or hesitate to fight for what they deserve.

That may or may not be true for you. What is true is that as a leader you often won’t only be negotiating for yourself – you’ll be negotiating for your team, your department, and your company. What you personally want or deserve doesn’t have to enter into it; you’re fighting for what you need for your team. Understanding how negotiation works and the best practices may just be the best first step to confidently taking on that fight and ‘winning’ the day.

So how do you win?

You both do. When thinking win-win, women have a societal advantage over their male colleagues. Men tend to be raised for competition, playing cops and robbers or tug-of-war, but – as communication expert Pamela Jett says – no one wins when playing “House.”

Many young women are raised to think about others before they think about themselves – are the people around me happy? Negotiation is often about getting what you want for your company or yourself, and many negotiation experts recommend you start by knowing what you need.

If you’re negotiating for a tool your team might use, you might gather their feedback before speaking with the vendor. You also do need to know what you’re able to spend and what you can’t live without, so you know when to walk away.

All of this is important – essential knowledge to start a negotiation.

But to end one, you need to know what they want.

Get in Their Head

For this, we want to leverage another often-touted gift of women leaders: relationship-building. When you build a rapport based on trust with the other party in any negotiation, you impede their ability to see it as a game.

You want to move it from tug-of-war to house – what can we find that will work for all of us? Build a relationship beyond the business required and learn about what really drives them. This ensures the negotiation stays focused on mutual success.

“Winning” a negotiation while the other side loses will damage any long-term relationship you may be able to build. Because of this, any win-lose outcomes can turn into lose-lose very fast.

Negotiations can be tense and frustrating, but if you play to your relationship-building skills and focus on communal gain, you’ll be playing an entirely different game from many of your “opponents.”

In the end, you’ll both be satisfied – and they won’t even know what hit them.

Have you ever been left wondering how to negotiate a “no” on your part? Advocating for something you don’t want can often be more daunting than asking for something you need. But the word “no” doesn’t mean someone is losing. Check out our workshop, “How to Say “No” and Get Win-Win Results” for more information! 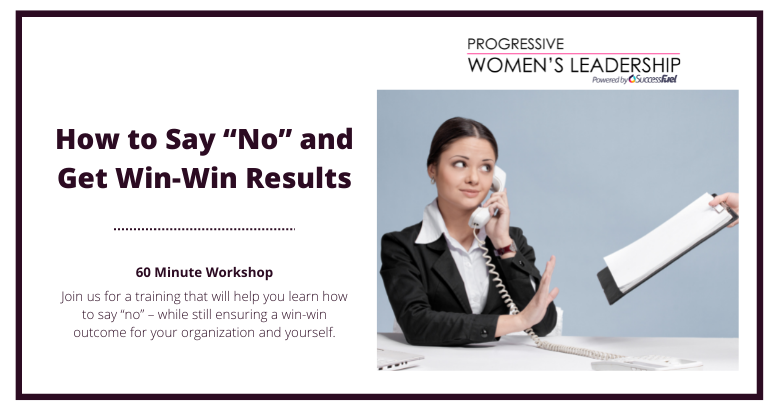