You are here: Home / Featured Home / When Feminism Goes Pop 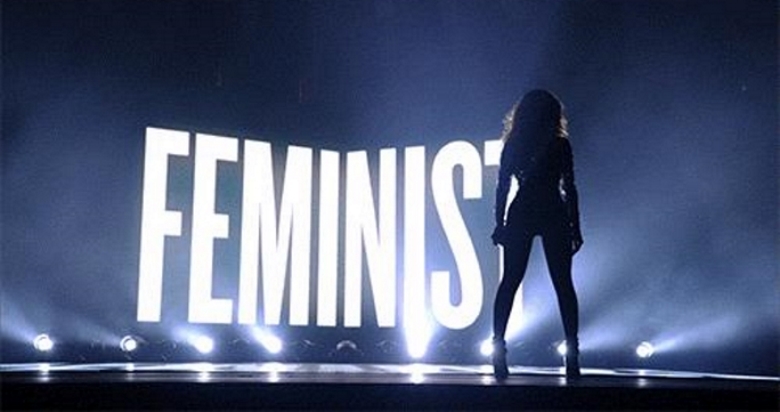 Feminism took over the pop genre and culture in 2014 sparking an important conversation.

It is nothing but ordinary for celebrities to be caught off guard by tough questions during interviews.  Lately the question stumping celebs is whether or not they are a feminist and why. Responses are astounding and many create a field day for the tabloids. Several strong female role-models shockingly informed interviewers that they are not feminists because they love men, or believe in humanism, sisterhood and/or equality.  Clearly the definition of feminism is getting lost in translation.

Despite undeserved stereotypes and cultural misinterpretation, a feminist is “a person who believes in social, political and economic equality of the sexes.”

Impressionable fans all over the world look up to these uninformed pop idols. On one hand, admirers are getting the wrong impression from their misguided statements. On the other hand, the misfortune presents an opportunity to correct the misinterpretation of the term feminist.

Feminism is gaining more attention and the conversation is continuing to spread through our culture. Hollywood movies and television series featuring strong female leads, and the music industry are being stormed by female talent addressing the “trend,” both positively and negatively:

‘Cause if you’ll treat me right
I’ll be the perfect wife
Buying groceries
…
You gotta know how to treat me like a lady
Even when I’m acting crazy
…
You got that 9 to 5
But, baby, so do I
So don’t be thinking I’ll be home and baking apple pies

This song by Meghan Trainor, which I admit is quite catchy, is often stuck in my head. Deemed anti-feminist and sexist, it contradicts itself. In some aspects the song’s lyrics are degrading, implying that women are crazy and appealing to gender norms such as housework and “buying groceries.” However, Trainor reminds her future beau that she will not be sitting “home and baking apple pies” because she has a career. The star claims that she is simply calling out to her future husband and nothing more, but what are her fans getting from the popular tune?

I prefer to focus on the fact that the young woman has already gone miles in her career hitting the number one rank several weeks in a row for her songs. She is a success and is not allowing gender barriers to hold her back. However, with all the attention comes adoring fans and one must think about the impact that the lyrics cause. For example, how would you feel witnessing a 5-year old girl singing to a boy demanding he treat her right despite her crazy notions? While most young children can be rambunctious, this little girl should not be identifying herself as ‘crazy.’

On a high note, country singers Maddie & Tae noticed gender disparities in the country music scene.  They knew the depiction of women was wrong and the singers wanted to spread a message:

Maddie and Tae clearly do more than ride along. They set out to prove that this type of behavior should not be considered the norm.  Women are more than a sex symbol in bikinis and daisy dukes. They belt their lessons loudly with conviction and put on a fantastic performance if you ever have the opportunity to see them live. These women set a great example for their fans, practicing what they preach. They aren’t keeping their mouths shut – they’re making a difference.

Beyoncé has demonstrated that despite how people grade her or whatever comments spectators or haters make – she is first and foremost a feminist. She comes off as fearless and flawless to her following as she uses her power for good, setting out to empower women worldwide. Her resilient identity as a feminist, if nothing else, has undoubtedly earned her the title of Queen Bey.

At the 2014 MTV Video Music Awards, Beyoncé delivered an outstanding performance and proudly stood in front of letters appearing larger than life, spelling out FEMINIST (10:26 if you decide to watch the magic). Bey sang out the lyrics spreading her energy and contagious passion.

I know when you were little girls
You dreamt of being in my world,
Don’t forget it, don’t forget it
Respect that
…
I took some time to live my life
But don’t think I’m just his little wife

“Bow Down/I Been On” – Beyoncé

These artists are using their influence in powerful ways to make and share statements. They help to continue the conversation on feminism. These songs, as well as others, have become the unofficial anthems of feminism.

It is finally “cool” again to be a feminist. And why shouldn’t it be? But it doesn’t stop there. No, correction – it can’t stop there.

Our pop idols in the spotlight got the conversation going, but it is up to us to continue the movement.  We must stand up for equality, sisterhood, unity, FEMINISM. How Emotionally Intelligent Are You? (And Why It Matters for Your Career!)