You are here: Home / Featured Home / What the 2015 VMAs Say About Female Leadership in the Music Industry 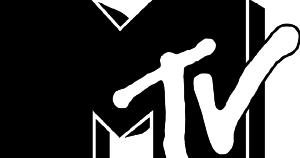 This year’s Video Music Awards, hosted by MTV, has been the source of a lot of drama especially between female stars. It doesn’t matter what team you’re on – Swifties, Smilers, Barbz or P!nk fans. There is plenty of blame and shame to go around.

It’s not what you think. You can have your own opinions of wardrobe, dance moves, inspirational lyrics and acceptance speeches. What I am most startled by is the lack of comradery and sisterhood. As women, we need to stick together.

Gender equality is a mockery in Hollywood and the issue has been gaining more attention. While television and film actresses, producers and directors are taking a stand, those at the VMAs seemed more concerned with cat fights than female leadership in the music industry. Here are just a few examples:

Publicity stunts, or true feuds it doesn’t matter. No matter what the same message is being portrayed… these women do not support one another. Even if fans decide to forgive publicity stunts or believe forgiving hugs and apologies, there are still memories of women pitted against one another and body shaming.

These women, and all other female stars are in the spotlight. They are role models to countless people worldwide and their impressions are important and lasting.

Let’s put this into other terms – think about Abraham Lincoln (just go with me here). When putting together his cabinet Lincoln didn’t only consider his allies, but also considered others with opposing viewpoints. He thought about who was best for the job and chose those who he could count on to do what was best for the country.

These women have all been wildly successful and have broken barriers in their careers. They may have different styles or ideas, but I am sure they all believe in the female population. Now they just need to realize that they are all on the same team and fight. They must fight for each other and for other women alike.