You are here: Home / Featured Home / What Great Female Leaders in History Can Teach Us About Today’s Workplace 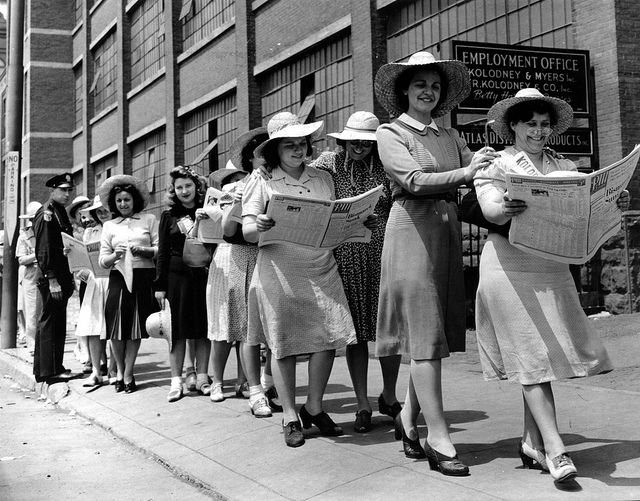 We in the 21st century tend to view women in the workplace and women’s leadership as unique to the modern era. This is largely because of the influx of female workers during and after WWII, and the increase of women graduating college and entering professional careers since the mid-20stCentury.

However, human history is filled with innovative woman leaders who rocked their respective epoch. They serve as shining examples of how we can move the women’s leadership movement forward today. Here is our list of great female leaders in history.

Our first historical female leader is often cited as the “first feminist” or “mother of feminism,” Mary Wollstonecraft. Her most famous work, “A Vindication for the Rights of Women,” is one of the pillars of feminism and the women’s equality movement.

She lived and wrote at the tail end of the Age of Enlightenment. The ideals of humanism and natural rights at the time were only being applied to men – consider the American Revolution, which established that only men had the right to vote.

Her work dealt with expanding the idea of individual liberties towards women. She supported herself entirely on her own as her abusive father squandered the family wealth before she came of age. Her life and work remain a tremendous influence today.

Lesson: When confronted with the double standards and limited options, you must forge your own path.

Queen Elizabeth I is not only one of the greatest female leaders in history, she is one of the greatest leaders, period. Though her ascension to the throne was tumultuous, her 44-year reign was a period of peace, prosperity and art. When first coming to power, Elizabeth I successfully ended an active war with France and quelled many of the religious disputes still stemming from her father’s break with the Catholic Church.

During her reign, the British Navy defeated the infamous Spanish Armada. Her love of the arts helped spur an artistic renaissance in England, with notable playwrights and poets William Shakespeare, Christopher Marlowe and Edmund Spenser all producing work under her reign. Despite using potential marriage alliances as a political device, Elizabeth I never married, earning her the title ‘The Virgin Queen.’

More importantly though, she never shared her regal power with a husband and king. As one of the greatest European monarchs, Elizabeth I has been honored in literature, song, and film; she continues to inspire women and heads of state alike. Her most lasting legacy is her commitment to improving the lives of the people of England. The period of her reign is often called the Golden Age.

Lesson: Taking over management in a difficult time creates the opportunity to establish lasting success, but at times compromise and strong will are necessary to achieve it.

American publisher Katherine Graham was the first female CEO of a Fortune 500 company in history. Following the death of her husband and Washington Post president, Philip Graham in 1962, Katherine took the reins of the paper. She ascended to de facto publisher in 1963, president in 1967, official publisher in 1969, CEO in 1972, and held the title ‘Chairwoman of the Board’ from 1973-1997.

She guided the paper through the Watergate Scandal, which led to President Richard Nixon’s resignation when Post reporters Woodward and Bernstein broke the story. Graham was very involved with the day-to-day operations of the paper and was considered a “working publisher.” In addition to Watergate, the paper investigated Vietnam and other controversial issues of the day, earning the reputation of the second most respected paper in the country.

As the first and only female Fortune 500 CEO, Graham often felt that she had no role models to look up to. She also felt that many of her male staffers and competitors did not respect her because she was a woman. Her ascension to power coincided with the Women’s Liberation movement and she took it upon herself to promote gender equality at the newspaper. In 1997, she published her memoir, Personal History, which won the Pulitzer Prize in 1998. She won numerous honors in life and in death and is considered to be one of America’s greatest publishers in the 20th century.

Lesson: Striving towards an objective standard of excellence regardless of others’ expectations changes expectations over time.

Hatshepsut came into power as Queen of Egypt when she married her half-brother, Thutmose II. Following his death, she started acting as Queen Regent while holding the throne for her stepson Thutmose III, who was only an infant. However, around 1473 BCE she took on the full powers as Pharaoh co-ruling with her stepson and nephew. The move caused many objections and she relied on her heritage and allies to secure her position.

She reinvented how the process of ascending to power worked in order to effectively rule her nation. Not as concerned with military conquest as other pharaohs of the time, she focused her time and energy on expanding Egypt’s trade, arts and construction. Her reign saw Egypt grow in power and influence. At her orders, artisans and craftsman portrayed her as a male pharaoh. This is likely due to the lack of precedent for artistic regalia depicting a female pharaoh.

Following her death, Thutmose III ordered any depictions of her life and legacy removed, likely out of fear it would inspire other female leaders. It was not until the hieroglyphics on the walls of Deir el-Bari, her largest construction project and tomb, were deciphered in 1822 that her story as added to the history of Egyptian Pharaohs.

Lesson: At times it is necessary to reinvent the status quo in order to earn the title one deserves and effectively do one’s job.

Elizabeth Blackwell achieved the distinction of becoming the first female to earn a medical degree in the United States. Born in England, she moved to America at the age of 11 when her father emigrated to fight for the abolition of slavery. Despite her studies mostly focusing on history and metaphysics and an early aversion to medicine, she eventually decided to pursue a medical degree. However, in order to achieve this, Blackwell had to improvise a pathway to earning her degree.

After studying medicine independently for one year she applied to numerous medical schools in Philadelphia and New York. She was accepted to Geneva Medical College in western New York. The faculty of the school allowed the student body to vote on her admittance, with the stipulation that if even one student voted no, they would not admit her. They voted yes unanimously considering it a joke.

She graduated and earned her medical degree two years later in 1847. For much of her career she experienced difficulty finding work on account of her gender, but she eventually opened her own practice in New York City. A staunch supporter of the Union and the abolition of slavery, she also gave aid and trained nurses during the Civil War. During her career she also worked with other female doctors and wrote numerous books including Medicine as a Profession For Women in 1860, Address on the Medical Education of Women in 1864 and Pioneer Work in Opening the Medical Profession to Women in 1895.

Lesson: Trailblazing a new standard reaches its greatest contribution when the newly forged path opens new roads for others to follow.

Throughout history women have not only held important leadership positions but thrived in them, even when women in general were not allowed to be leaders. The lives and struggles of those women in power provide great insights into what it takes to overcome traditional barriers to women’s leadership. We hope you feel inspired by these great female leaders in history.