You are here: Home / Communication / We are Women, Not Girls

For most of my professional career I have been on a mission to get both men and women in the workplace to refer to females in the workplace as “women” and not “girls.” It sounds simple, right? Guess again. 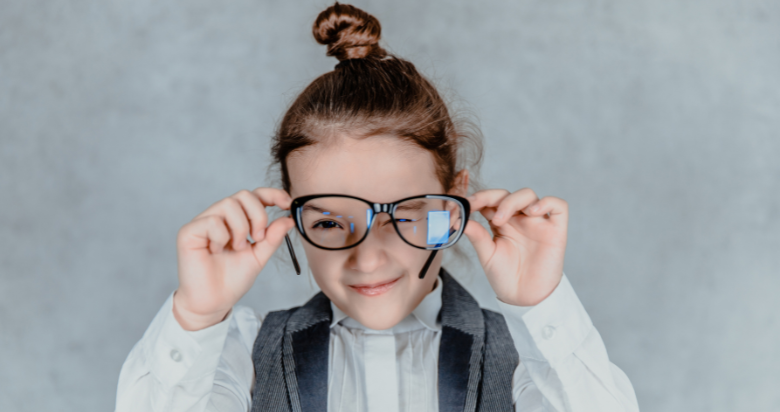 I have an easy to use rule which relates to single-sex schools. You go to a girl’s high school but a women’s college. Translated if you’re over 18 you’re a woman and if you’re under 18 you’re a girl. So unless you have high school students working in your office every female is a woman!

Why do I care? To me “girl” means “kid.” It means you lack life experience, education, maturity, wisdom – all things that women (like men) possess and need to thrive in the world. I want the women with whom I work to believe they have what it takes to be successful. People will say to me that it doesn’t matter, but we know that words do matter. There are plenty of derogatory words that come to mind to label ethnic groups. These words have so much meaning behind them that I don’t dare even write them.

Leading by example on this topic is key. If I’m not following my own rule than how can I expect others to do so? 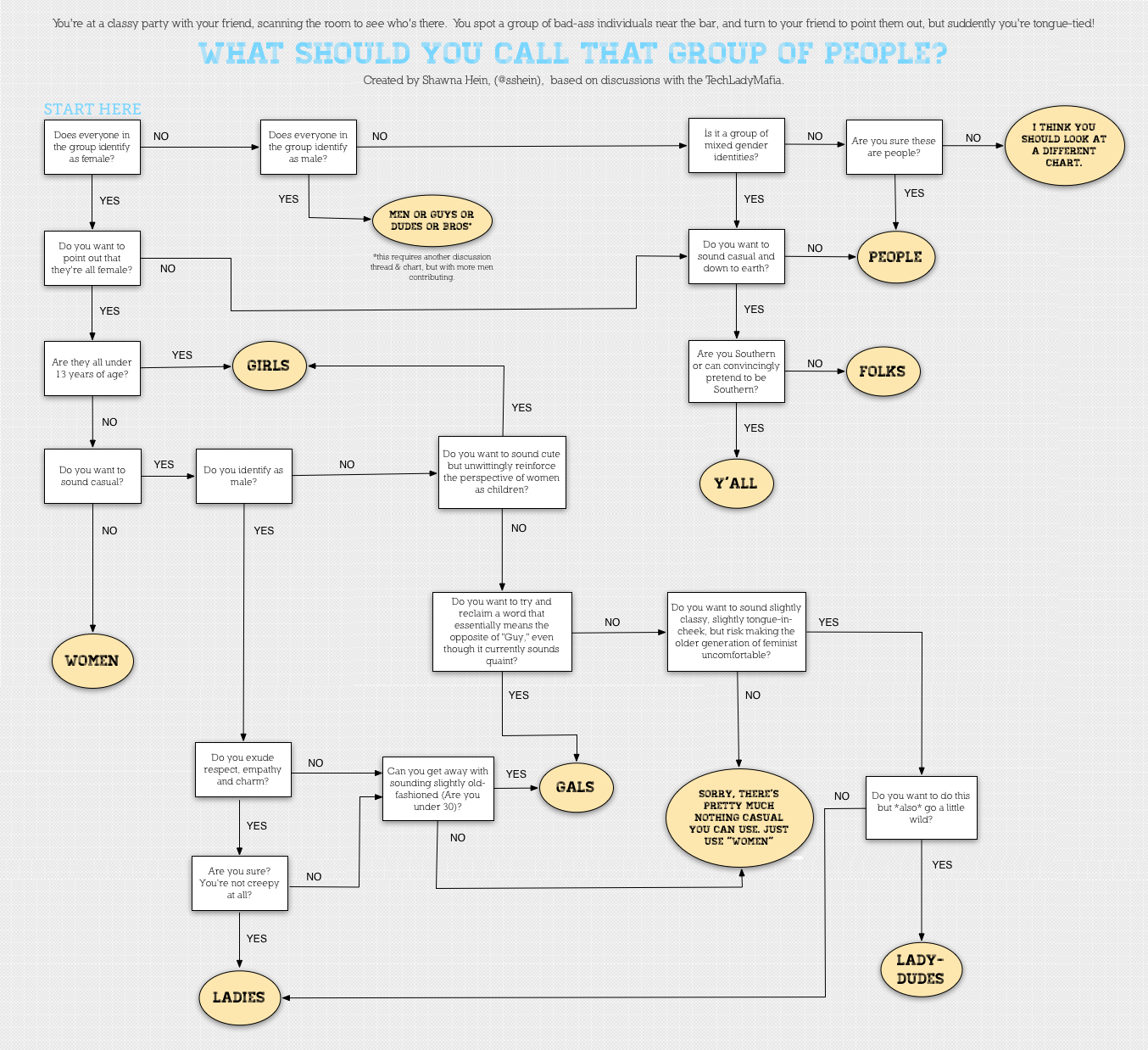 In “‘Girls? Ladies? Folks?’ Here’s a Visual Guide To What You Should Call That Group of Individuals” Kashmir Hill summarizes Shawna Hein’s take on what you should call people. Hein outlines her thoughts in a witty flowchart. In a professional setting it’s “women” no matter how you chart it. The only part that I differ on with Hein is the age that a girl is no longer a girl – she goes for 13, but I stand firm with 18.

Are there exceptions? Of course. Outside of work I typically use the word “ladies” when referring to events that only grown women will be attending. Once I referred to going on a “girls’ weekend” to New York City and my colleague called me out on it. He was right to do so as I wasn’t leading by example. This double standard only goes to further complicate matters.

On the flip side how often do you hear men refer to other men in the workplace as boys? Never (or at least not in front of women). It’s often used to refer to “the old boy’s club” and that’s not typically a positive connotation. If we’re not using “girls” then I don’t recommend using “boys” in the workplace either.

“Guys” is another word that can be used to describe men over the age of 18. Susan Greenhalgh, Harvard Professor of Anthropology, explains that there isn’t an equivalent acceptable female version of this word unless you’re okay with “gals.” But “gals” seems antiquated at this point. Greenhalgh suggests we could come up with another word for woman to match guys or better yet we embrace the term instead. However, I vote for embracing the term “women” when referring to a specifically female-identifying group.

What else can you do?

If we don’t call attention to the use of “girls” then we cannot expect people to change. When you see it happening (to you or others) take the opportunity to point it out to the person using it. Keep in mind that you may be educating as many men as you are women. I find that women in their 20s may not realize they are using “girls” since most of their life that label was okay. Once I mention that they are women they become sensitized and start to educate their peers (and I smile!).

For me it’s all about respect. You show respect to people by using respectful phrases and words. We want to empower women in the workplace and beyond. When you look in the mirror in the morning you want to see a strong powerful woman ready to take on the day – not an awkward girl trying to maneuver the lunch room table in middle school, right?

“It took me quite a long time to develop a voice, and now that I have it, I am not going to be silent.” - Madeleine Albright, Former Secretary of State

I spent six years at an all-girls middle school and high school. This experience shaped who I am today as I left confident that women could do anything they set their minds to. This has served me well throughout my career especially when I have regularly been the only woman with a seat at the proverbial table. I’ve developed and marketed training programs for many audiences including accountants, environmentalists and HR professionals, but being a driver in the women’s leadership space is the most meaningful thing I’ve done in my 25 years of working. I am excited to be a part of the Progressive Women’s Leadership team to share my voice to help other women find theirs.

Reach out to me on LinkedIn
LinkedIn