You are here: Home / Communication / The Most Effective Ways to Say ‘I Don’t Know’

Quick guess: What are three of the hardest words for any successful woman to say?

Is your first thought, “I don’t know?” If so, you’d be right on the money!

But “I don’t know” (and its cousin, “I’m not sure”) are really three of the strongest words good leaders can use. And when we say them in the right manner, with the proper amount of context, we project confidence and intelligence.

Why It’s So Hard To Say 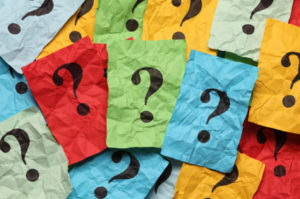 It’s not that we’re too proud to admit when we’re unsure or uninformed. It’s just that we always try to stop ourselves from saying it. We’re afraid that when we do say it, we’ll come off sounding unprepared, naïve, or worse—stupid.

Although it seems to buck our assertive, can-do spirit, saying “I don’t know” actually takes more courage than trying to hide behind excuses. It also opens us up to learning experiences and can work in our favor as we progress through our career.

Saying “I don’t know” with credibility involves a bit of context. There’s likely a reason we don’t know, or an action we can take to get the information we need. Context provides whoever we’re addressing with an understanding as to why we’re answering “I don’t know.”

So if we use these phrases or similar ones to follow up an “I don’t know,” we’ll sound like the confident leaders we are.

“… But I will find out.” We’re admitting we don’t have the answer immediately when we’re asked a question. It shows others that we’re not afraid to be seen as vulnerable and reinforces the idea that we’re confident in our own ability to get to the right answers or solutions.

“… So let’s put our heads together.” The best leaders make sure that the people around them know at least as much as they do, if not more. Having smart people around can help you succeed if you tap them for opinions or draw on their expertise.

“… But I’ll ask someone who does know.” Successful leaders know they don’t always know best. We know there are those who know things we don’t, and rather than compete with them, we succeed by listening to and learning from them. This shows you’re open to other ideas and perspectives, and aren’t threatened when someone else has a better answer than you do.

“… So let me think about what we did last time.” Experience is a great teacher, especially if we’re faced with a problem we can’t figure out. It’s smart to look into our own past or ask others in our situation what worked for them when faced with a comparative problem.

“… Why don’t we try this instead?” Sometimes not knowing an answer is a blessing in disguise. It forces us to start from the ground up, rather than rely on past knowledge of some other situation. Knowledge is beneficial, but it also can make us blind to the nuances of a current problem. It’s good to second-guess your understanding once in a while to make sure you’re on your toes.

Bottom line: People who respect your knowledge will also respect when you admit you don’t have the answer to every question. Leaders who can’t admit it often lose others’ respect and put themselves at risk of making a bad situation worse.