You are here: Home / Featured Home / Trinity Syndrome in the Workplace & How to Avoid It

Ashley was one of the best managers I ever had. She was my age, about half my size, and more driven than anyone I’d ever met. At the time that was difficult for me to understand, considering we worked for a coffee shop. For me, it was a day job. For her, a shift supervisor, it was her destiny – or she saw it that way.

This made it all the more ridiculous when customers started assuming I was her boss. She had hired me, she had trained me, she had made me all I was. But they looked to me first, and it didn’t stop there.

It wasn’t long before people said I was better than she’d ever been, but it all rang false. And to you, I bet it rings familiar.

She had fallen victim to Trinity Syndrome. 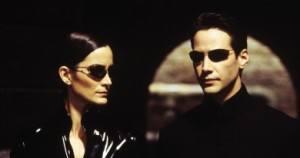 What is Trinity Syndrome?

If you’ve seen The Matrix, you might remember Carrie-Anne Moss as Trinity, the butt-kicking leather-clad hacker who breaks Neo free of the Matrix. If you had the misfortune to see the sequels, you might also recall that was the most important thing she ever did – while Neo ascends to near-godhood, she becomes little more than a damsel-in-distress.

She’s not the first Strong Female Character to fall into this trap, and she certainly wasn’t the last. The Lego Movie provides another example, where the driven and talented Wyldstyle (Elizabeth Banks) exists only to motivate Emmet (Chris Pratt). She could be a motivational poster and have about the same effect.

You can’t blame Wyldstyle for this – she’s a fictional character. You can’t even blame Emmet. In fact, you might not want to blame anyone – it’s just a movie. It’s just for fun, right? It’s just a pervasive trope in the stories that shape minds, telling boys they’ll grow up to be superhuman and girls that maybe, just maybe, they’ll get to help.

It’s well-documented that women are less likely to be promoted or given a raise, which makes them all the more likely to be passed by ambitious male colleagues. I’ve seen it chalked up to the “confidence gap” – the fact that men will pursue promotions they’re only 60% ready for, while women wait to be 100% – and the solution offered there is a simple one: Lean In. Chase that promotion.

But you and I both know it’s not just trepidation that’s keeping you from that promotion. Studies have shown that women with equal qualifications still get passed over for leadership roles, no matter how much they chase them. This has led countries like Norway to require that all publicly traded boards be 40% female, which in turn has decreased the gender gap in promotions.

The reason for this? Women tend to promote women in equal proportion to men, while men are more likely to promote men. Since only 14.6% of executive officers are women, America’s male-dominated leadership continues to promote other men. The same is true in Hollywood – most successful action heroes are men, so producers hesitate to elevate women. Women remain stuck in supporting roles, while men continue hurtling to the top.

You will not be side-lined. You are not a supporting character.

But it’s up to you to become the hero and attain the exact position you desire. A lot of men in leadership roles still hesitate to mentor women, while women tend to be happy to mentor anyone. That can be harmful in two directions – it means your search for higher-up mentors may be a struggle, while the men you mentor are able to use momentum to climb the ladder past you.

This isn’t to say stop mentoring – quite the opposite! I’d be lost without people like Ashley, or the great female mentors I’ve had since. But don’t sacrifice yourself. Mentorship relationships are and should be two-way streets, and never forget that you’re building your skills. 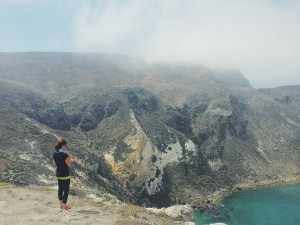 Men may ask for promotions, raises, everything they believe they deserve to be the heroes Hollywood has told them they are, but you can’t wait for movies to get better (even though they are). You are the Chosen Hero. It’s just you doing the choosing.