You are here: Home / Gender Partnerships / To Fight Unconscious Bias, We’ve Got To Recognize It

In our slow-but-steady march to the board rooms, corner offices and C-suites of companies both large and not-so-large, we’ve definitely come a long way.

But currently, women’s achievements in advancement may be holding too steady. The number of women in senior leadership and executive levels has been stuck at approximately 15% for the past 10 years, notes Jeffery Tobias Halter, president of YWomen, a consultant firm that helps organizations create more leadership opportunities for women.

The biggest hurdle is one that, ironically, we’ve been fighting against for decades: unconscious or inherent bias when it comes to getting ahead in our workplaces. 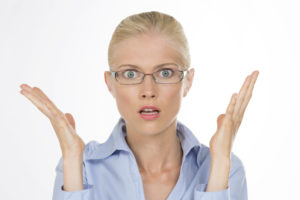 “Despite decades of women flooding into middle management, only one out of five are senior leaders today and less than one out of 10 CEOs are women,” says Halter, the author of WHY WOMEN: The Leadership Imperative to Advancing Women and Engaging Men and Selling to Men. “So men see a lot of women in the workplace and think the [equality] problem is solved.”

The root of the problem, though, might be surprising.

Part of unconscious bias, Halter suggests, relates to the perceptions of business leaders versus the realities of women in the workforce. Men in high positions might consistently see more women hired—so they assume their companies are consistent in promoting and advancing women as well.

The reality? Most women tend to remain stuck in staff, middle management and administrative level purgatory. Thus, we’re still not at many of the tables where decisions are made on high-priority initiatives.

Halter cites 2012 research that shows what feeds this cycle. Sampling about 3,000 U.S. business leaders, the research showed that:

Alison Maitland, co-author of Why Women Mean Business, says this bias is “unconscious” mainly because it’s an outdated outlook that no one has scrutinized enough to change. “It’s rooted in the expectations and ways of organizations that were designed and built by and for men in another era,” said Maitland.

In other words, it’s been “the way things are done” for so many decades that we don’t even think about why.

How We Can Solve It

Unconscious workplace bias was a popular topic at the Pennsylvania Conference for Women held last month. A panel of women leaders in various fields discussed how and why such bias occurs, and offered suggestions on what women can do to curb it in their current workplaces.

“Articulate what you want,” says panelist Elena Richards, talent manager and minorities initiatives leader for PriceWaterhouseCoopers. “There may still be a bias, but at least those you work with will know where you’re coming from.”

“If you speak up when you see bias, and show your real worth, things will change,” says Jacobs. “At the end of the day, you’re really your own best advocate.”