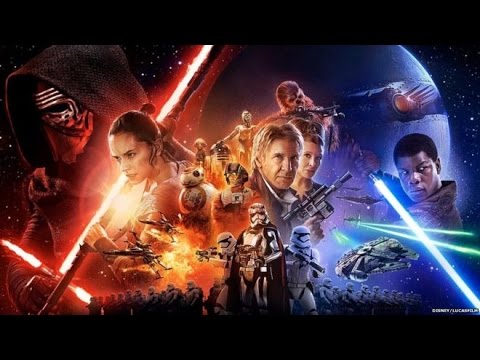 Last week, Star Wars VII: The Force Awakens was released on DVD. This film kicks off a “new saga for a new generation.” And with this new saga comes a new cast – one that comes closer to celebrating the diversity of our society.

The main protagonist in this film is the female lead, Rey, played by Daisy Ridley. By the end of the movie, it becomes clear that she is the Luke Skywalker of the new saga – the character of destiny around whom the plot revolves. This departure from traditional sci-fi/fantasy gender roles reflects the changing attitude of women in leadership in several key ways.

The film pokes fun at how women are traditionally represented in the genre: the damsel in distress, the supporting role to the male character, the trophy to be won.

In Rey’s introduction, we see how this is turned upside down. When Finn, a male protagonist that is part of the new cast, first sees her, she is attacked. But before he can leap in to save her, she saves herself by fending off her would-be attackers. During their action-packed escape scene that ensues, she is the one helping him to his feet, taking control of the situation, and leading them to their rescue. By the end of the film she is the one to fight (and defeat) the main villain.

In comparison, the original Star Wars film from 1977 introduces a strong but limited female character who is captured in the opening scene. She is literally a princess locked away in a dungeon waiting on men to come rescue her.

The new Star Wars movie even plays with this plot device. When Rey is captured, and the male rescue team is dispatched to rescue her, they find that she has already freed herself. In doing so, Rey represents how women can take control of their own destiny. Similarly, working women today can take control of their leadership destiny. Rey’s strength, determination and willingness to fight for her future represent the qualities of women in leadership today.

From Princess to General: Rising to the Ranks of Top Leadership

Princess Leia (the one in need of rescue in the first film) returns in this new installment, played again by Carrie Fisher.

In the newest film, she has dropped the Princess moniker and now holds the title of General – and she is the leader of the Resistance.

This evolution of her character makes sense as she was always a strong-willed character in the original saga. But with modern acceptance of women in leadership, she is now able to shed the lingering, genre-specific gender roles of the original films and step into a full leadership position.

So too are women today pushing harder to shed the old limitations and strive for a new world of leadership opportunities.

The film’s director J.J Abrams said in an interview with Good Morning America that part of the reason he wanted cast a strong female lead was to “make a movie that mothers could take their daughters to.”

From a business standpoint, creating a film that potentially appeals to twice as large of an audience is a really good idea. From another viewpoint, it is interesting to think of how Rey could stand to be a figure for girls in the same way Luke Skywalker was figure for so many boys since the original trilogy came out. Just as Luke Skywalker taught the boys who loved Star Wars that they could grow up to be heroes, so too could Rey inspire the girls who love Star Wars today.

Women’s leadership acts as a theme throughout the movie. Rey represents the new generation who have the opportunity to be the leaders of their own lives. In Leia, we see the evolution of women’s leadership from the previous generation in overcoming barriers to leadership. In both characters, the message is clear: Women who possess the will and determination to the succeed won’t be defeated by the remnants of a dark empire where only men can make decisions.