You are here: Home / Communication / The Hidden Agenda of Bossy 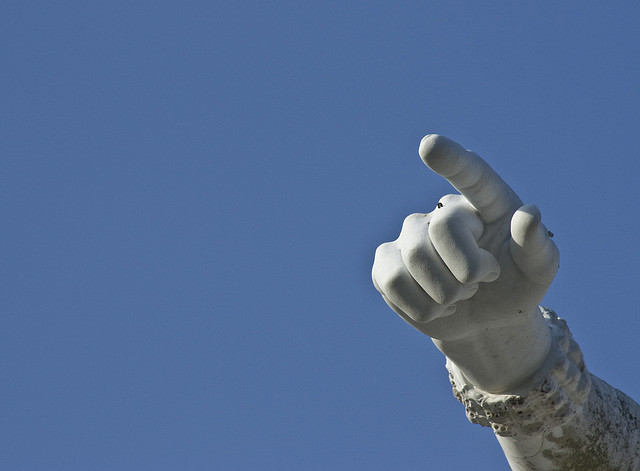 While women are entering the workplace and establishing their careers they are often labeled not as authoritative or confident, but bossy.

As I sat reading by the pool on a sunny day, I overheard a group talking about a dragon lady of a co-worker. My ears perked up – I know it’s rude, but I couldn’t help it – I was intrigued! Yet the woman they described sounded like a confident go-getter. She was a teacher who took initiative, formed relationships with students and families, and exceled at her job – she had even won an award for teacher of the year.

So why is it that while she was officially recognized for her good work, others described her as bossy and dictator-like? In reality, powerful women are still often referred to as ice queens, masculine and angry. So if this is simply a societal norm then what can we do?

In 2014, Sheryl Sandberg, LeanIn.org and the Girl Scouts launched a campaign to “Ban Bossy.” The movement pushes to extinguish the term as it is often used in a way that discourages young girls from leading. This begins at an early age when children begin to socialize and then develops further in the professional realm. In a social experiment Deborah Tannen found that “[i]nstead of ‘do this,’ women managers would say ‘let’s…’ or ‘what would you do,’” causing them to seem less confident.  The findings tie back to the days on the playground, where girls who order others around are labeled as bossy or mean and are typically not invited to play again. As a result they trade their mandates for suggestions.

In response to the campaign Adam Grant cites that “[w]hen young women get called bossy, it’s often because they’re trying to exercise power without status … they’re overstepping.”  He asserts that there are two components that make up bossiness: power and status.  He feels that while girls are often penalized more than boys for exercising power, we should teach young women to “earn admiration before they assert their authority.” To this point I ask, does this go both ways? Do men in roles of power have to earn each of their employees’ respect before their dictations are listened to? I don’t believe that this is the case and if it were – nothing would get done!

I do agree with Grant’s ending point that “[g]reat leaders begin by earning status through their contributions … [before asserting their authority],” but he is missing a large piece of the puzzle. While women are perceived as equals to their male counterparts on the surface they are still misrepresented in the workforce and are tested more than men. “[W]omen still have to do more than men to prove themselves” and face double-standards throughout their careers. For example, women are held back by pregnancy and motherhood, while fathers are praised and seen as more dependable. Therefore women must do more to earn their status and when they do, are rewarded by being labeled as “bossy.” The term “is almost completely restricted to the description of powerful girls or women; it is always negative in connotation; men with the same qualities are ‘leaders,’ a highly positive term, not bossy. The hypocrisy appears endless – but is it really as it seems? Unfortunately, yes.

Linguist Nic Subtirelu analyzed data using the Corpus of Contemporary American English to look into “bossy” more closely, this resulted in the findings depicted in the chart provided. “[B]ossy was used nearly three times as frequently for women and girls as it was for men and boys.” Surprisingly the stat was the same for adults as children. This is not in our heads – it is reality and the term is taking its toll.

What’s worse is that there is no opposing force causing this – WE are continuing the pattern ourselves. The colleagues of the supposed dragon lady were a mixed group composed primarily of women. As I sat there paused between pages of my book, I questioned how to make a change. The problem isn’t the word, but its hidden agenda that we have created and perpetuated when and how we use the term. At that point, others who had been as nosey as me began to comment about how bossy the woman sounded. I chimed in and asked if they would say the same if she was a he? I reminded them that men are often honored and promoted to esteemed positions of leadership, but are sparsely labeled as bossy. They sat there silently. I didn’t know this woman, but felt that her recognition of teacher of the year should not be overshadowed by judgement.

We often make comments without thinking of the bigger picture. While I’m no angel as I clearly partake in occasional eavesdropping, I will continue to challenge myself to watch my judgements and I challenge you to do the same.