You are here: Home / Gender Partnerships / Sexism at Work: Exposed in a simple office experiment (Try it for yourself!)

Okay, sexism still exists, most women would say. But it’s often invisible and harder to define or identify in the workplace than it used to be.

Two co-workers – one male and one female – saw for themselves just how differently the sexes are treated at work: Nicole Hallberg and Martin Schneider worked for a resume-writing service in Philadelphia a few years ago when Martin noticed a client being unusually rude and dismissive to him in an email. 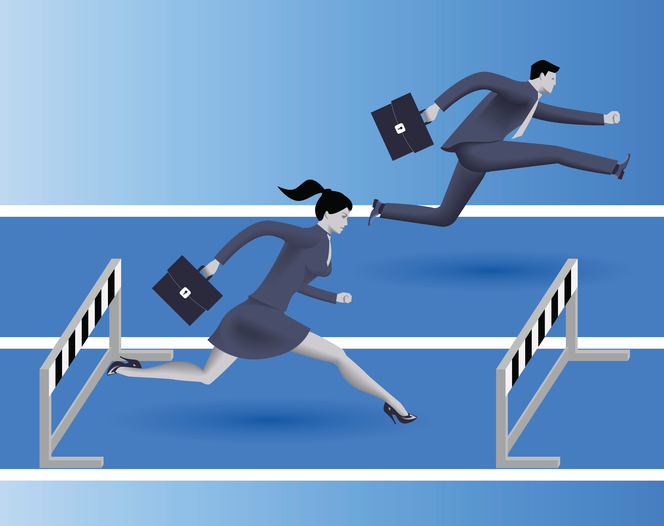 Sexism at work: Overcoming the hurdles

He then realized he’d accidently been signing off his emails as “Nicole” (they shared an email account at the time). When he told her, she admitted that she’d sent out emails using his name in the past, in an attempt to get faster responses.

Getting “Mansplained” at work

You see, she struggled all the time working with clients who would fight with her. They “‘mansplained’ things all the time,” she told Newsweek. “I was doing thousands of these resumes, and people were trying to explain the simplest terms to me.”

Her boss would also tell her it took her too long to work with clients.

So, the two decided to switch online identities for a week to see what would happen. And that’s when each of them realized how blatant bias could be in the workplace.

Martin noticed how everything he asked for or suggested was questioned. He was getting condescending replies and one even asked if he was single, while Nicole was seeing a boost in productivity like never before. “I had a great week,” Nicole told Newsweek.

“[Martin] was shocked,” said Nicole. “He said, ‘I had this invisible advantage I never knew about.'” But it wasn’t shocking to Nicole – or probably any other woman in the workplace.

Shutting Down a Mansplainer

To shut down a mansplainer who’s giving you an unnecessarily condescending explanation of an issue, theory, technology, etc., here are some strategies:

Does sexism exist in your workplace? Please take our survey.