What’s the worst career advice you ever received? If nothing comes to mind, it might be because that advice was initially packaged as “good” career advice. And you realize now you were much better off ignoring it.

We’ve all likely been the unwitting recipient of what seemed like sage suggestions for our careers that turned out to be dated, jaded (or worse, sexist!) opinions. 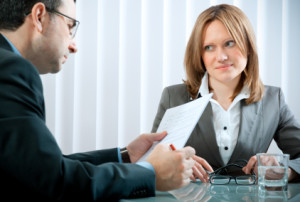 Ironically, much of this bogus advice was probably meant with good intentions. Career women of older generations faced many uphill battles getting ahead in mostly male-dominated offices. Their advice to younger women mentees about being cautious, undemanding and agreeable might have made sense in their day, but today such advice is considered far too timid for women who want to get ahead.

There are ways we can take what once would have been good advice and fit it to modern career success realities. Many successful women at the top found the best way to do that is to turn the advice on its head.

What advice to follow and what to dump? There’s no magic formula, according to Caren Merrick, Founder & CEO of Pocket Mentor. Even so, there are common guidelines top women leaders follow—and ones they routinely reject. Here are the old ideas great women leaders rejected and the new ones they follow to get ahead.

Old advice: Brace yourself for failure.

Today’s most successful women know they’ll have career challenges and setbacks. But they also know being in crisis mode before crisis even happens is pointless, Merrick says. High expectations motivate them to do the work required to succeed through tough times. They know they’re not perfect and can learn from mistakes. It’s about cultivating an overriding positive attitude and sense of optimism.

Old advice: Keep your eye on the prize with a firm career plan.

Today’s successful women recognize that our education and job experiences can take us in directions we might not have considered, says Mary Godwin, Vice President of Operations at Qumulo. “Once you’ve made [the] commitment that you will check … your career at least once a year against a set of decision criteria, you can relax, focus on your work, and enjoy what you are doing,” Godwin says. The path to success could present us with many doors. We’re more fortunate than our older generation counterparts; despite hurdles, we still have more opportunities than they did.

New advice: DO balance work and family, but don’t ‘leave before you leave’.

Even if you’re at that spot in your career when you’re considering starting a family, don’t curb your work responsibilities until it’s necessary. There’s no need to detour your career route until you’re sure of what road you’re on.

To that point, Sheryl Sandberg, Chief Operating Officer of Facebook and mother of two, cautions today’s women who are mid-career and want to start a family: “Don’t leave before you leave. Keep your foot on the gas until you need to break for a child—and then make [those] decisions.”

Old advice: Accept the politics that rule your workplace.

In many cases, old, tired policies are ripe for change. Often they’re still in place because the people who put them there are reluctant to change them. Today’s successful women know they can be the ones who bring the change—and progress themselves at the same time.

“Women tend to think broadly about business issues, but they aren’t thinking broadly about themselves,” says Ellen Kumata of Cambria Consulting. “They often don’t comprehend the politics.” Women who get into and are successful in the C-suite realize that it’s okay to challenge the corporate politics they face in order to advance themselves as well as their companies.

Old advice: Loyalty and infinite patience are musts for success.

New advice: Go where the opportunities are.

Yes, loyalty to an employer and patience in getting ahead are admirable traits—but not when blindly following them leaves you discontented. Women leaders today know they should listen to their gut when it tells them it might be time to move on.

“The wisest advice I ever got was to build my career on what I want, not what others want for me,” says Mary Kinney, Executive VP and COO of Ginnie Mae (Government National Mortgage Association). “This means acknowledging that while you may not be the best at something, you can still reach your goals if you possess the passion and drive.”

“Early on, I was told, ‘Never say no’ and to seize every opportunity,” says Barby K. Siegel, CEO of ZENO GROUP, a PR firm. “That advice served me well. Take advantage of all opportunities and step out of your comfort zone.”

New advice: Don’t be afraid to scrap a little.

There’s little benefit to being rude, of course. But women with clout in the workplace today know that a little spunk goes far to earn respect from higher-ups.

Linda Chavez-Thompson, former Executive Vice President of the AFL-CIO, was called many names in her 30-year tenure—and “pushy broad” was one of the nicer ones. “I’d be in meetings where I’d cuss like a sailor. How much you could take and dish out was the measure of others’ respect for you. I couldn’t let them push me around. While a few of my union brothers didn’t like me, they sure did respect me.”

New advice: Speak up and ASK for what you want.

Asking for what you want in a professional way often results in getting what you want, says Alexandra Lebenthal, President and CEO of Lebenthal & Company. “Ask and she shall receive! Women find it hard to ask for things, whether it’s a business opportunity or a salary raise. We sometimes just expect others to recognize our value and hard work.”

What career advice have you rejected or turned on its head? Share in the comments section!