You are here: Home / Featured Home / Review: Sheryl Sandberg Urges All Women to ‘Lean In’ 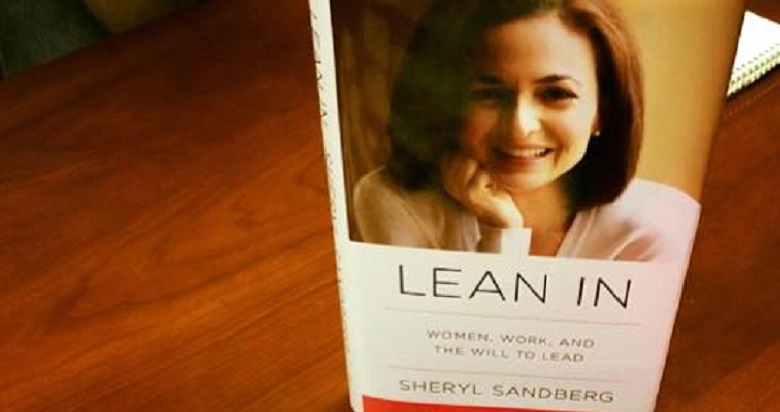 If you’re looking for an easy read (or listen) with an inspiring message, pick up a copy of Sheryl Sandberg’s #1 national best seller, Lean In. Sandberg is Facebook’s COO and is ranked on Fortune’s list of the 50 Most Powerful Women in Business and as one of Time’s 100 Most Influential People in the World. Her path to success is written with both wisdom and wit, offering advice in how to exceed the expectations of women through “leaning in.”

Our development team at Progressive Women’s Leadership gathered last week for a book discussion. After reading Lean In, we shared our reactions to Sandberg’s story and found it had moved each of us in one way or another. We acknowledged there is still a long way to go until women approach careers in the same manner as men and are seen as equals in the workplace. Yet with Sheryl as a leading example for what can be achieved, we noted it is certainly possible.

Where our understandings of Lean In’s message differed was based very much on our viewpoints and experiences in the world so far. A book club consisting of six women, whose ages ranged from just graduating college to Sandberg’s and three men floating in the middle enabled multiple perspectives to be shared. Nicole Riegl, who noted she is about the same age as Sheryl, claimed that in the 1980s one avoided branding themselves a feminist because “we thought we’d achieved what we needed to achieve.” Now, when she looks back at that time, she thinks it was easy to assume that in college because she’d yet to experience the real world.

Julie Peila, who also falls into the same age group as Nicole and Sandberg, sees from her own experience and through raising two daughters that the pressure for women to settle down has decreased over the years. She acknowledges it still is in the back of most women’s minds to find a husband, potentially passing up a promotion, but her own daughters are very career driven and are not worried about starting a family any time soon. Where Julie’s opinions diverged was in the advice Sandberg gave that it is alright to cry to your boss because it builds a more honest and trusting relationship. Instead, Julie argued that shedding a tear causes women to lose credibility in the workplace.

Mike Brown, a seasoned manager and division director, chimed in to challenge Julie’s statement. He said, “I disagree – I’ve had women cry in my office and it hasn’t made me change the way I thought of them.” Julie then altered her previous claim to be fixed more on previous generations. Sarah Sands readily responded by telling a story about an old boss who told her bluntly, “Sarah, there is no crying in business.” Ever since, whenever she’s felt like grabbing for the tissue box, the boss’s voice creeps into her head. 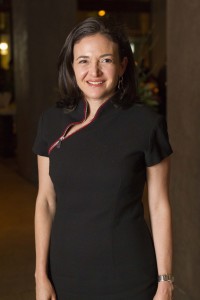 Crying to your boss opens up the bigger theme of breaking down the barrier of personal and career life, as Kevin Erdman noted. It is the cultural shift that is needed and we must figure out how to introduce it to business. There is a generational aspect to this as well, Josh Cole added. Millennials love talking about themselves and their feelings, but they might not feel uncomfortable sharing what seems like personal information in the eyes of older generations. But because of his gender role, Josh was unsure if he felt comfortable being himself at work due to his generation or because of his gender.

Beth Novick, who is also a millennial AND a woman, thinks a lot of people her and Josh’s age feel the work world is better blended with personal life because of the flexibility permitted in schedules. As another millennial woman, I added that technology advancement shapes us more than previous generations. It allows us to be more independent, working remotely or on a flexible schedule. This led us to think about maternity leave and the women in the room who had worked from outside the office…

When Mike first became a manager, he couldn’t help but think that woman who were recently married only had a few years left to work. After seeing how successful female professionals continued to perform after maternity leave, Mike now thinks in reverse about how he can invest in this person so that they will stay and continue to produce good work. For example, when Michelle first proposed working at home, Mike was very accommodating. Once he saw her work was still just as good if not better than before, the question of whether she could continue her work across the country was not even considered. Michelle leads the example Sheryl Sandberg sets with the idea that if you embrace your work, you can make it adjust to your lifestyle.

For some women, the lifestyle best suited to them is to be a stay at home mother. It doesn’t mean losing professional skills, either – it just means using them in a less conventional way. Unfortunately our society does not value these skills equally to a desk job. Michelle notes that women underestimate the work they are doing at home because they are not praised for it and so they may not feel as confident that they are capable enough to come back to their jobs after taking time off. In response, Julie questioned the amount of time for maternity leave – give women 6-12 months of maternity leave and they will come back to work. So often new mothers do not have enough time off, they feel overwhelmed and quit, yet if given a more realistic time off to care for a new-born, women will crave intellectual stimulation and come back to their jobs. The key, Julie voiced, is for the work world to be more accommodating.

In order for the professional world to be more accepting of women, we need to prove ourselves and we need to change the dialogue within our companies. This is what Sheryl Sandberg means when she says, “lean in.” We must lean in, speak up and put our best foot forward so that managers will recognize our hard work and accommodate to our needs.

Looking for a way to get this dialogue started in your workplace? Start with reading Lean In and set a time to talk about it as a group. It opens the door for conversation. Who knows where it may lead?