You are here: Home / Leadership / Lessons from Pernille Spiers-Lopez: Why Failure is More Important than Success

“It is impossible to live without failing at something, unless you live so cautiously that you might as well not have lived at all – in which case, you fail by default.” – J.K Rowling. 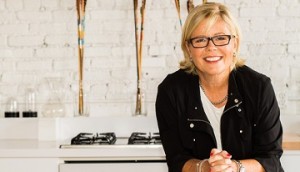 In our recent Progressive Women’s Leadership Podcast, Pernille Spiers-Lopez (former North America CEO for IKEA and established business leader) discussed her life and career. Failure, and lessons learned from it, was a big part of what shaped her career. This largely comes from an experience of a failed company early in her career:

At the age of 23, Pernille moved from Denmark to Florida to start her own company as a wholesaler for Danish furniture. Having no existing customer list, she drove over 60,000 miles in two years to network with shops, distributors and customers by forging those relationships in person. After two years, she had to close her business and move on. The solid wood furniture was not suited to the Florida climate, and by her own admission, “Florida was at least ten years behind New York and L.A in design.”

Pernille’s first business was a failure but it led her to the success that defined her amazing career. Check out some of the top lessons on recovering from failure Pernille shared with us.

Don’t Be Afraid to Take Risks

“Some risk is good and keeps you on your toes.” – Pernille Spiers-Lopez

Before she came to America, Pernille had a career ahead of her as a journalist. But she wanted more. She wanted to see the world, to build a business and to be bold. She didn’t let uncertainty or a fear of failure stop her, “I just jumped in with both feet…to put my dream into action.” Had she not done this, she might not have set upon the path that led to CEO of IKEA North America. She might never have found a way to pursue her passions of working with charities, startups and running her own company (Good Life Designed) with her daughter. Risk made all the difference.

Enjoy Success but Learn from Failure

Work ethic, determination and the will to succeed are all forged in the furnace of failure. Pernille gave up two years of her life chasing a dream that did not come to fruition. After her business went under, she could have given up, gone home and never tried again. She didn’t. 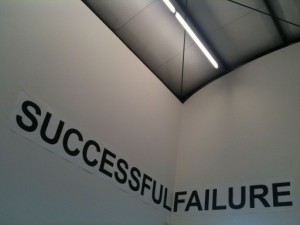 Instead, she accepted a new job offer, moved to California with no network of support there and tried again. Armed with more experience and more wisdom, she continued her path to success. It was failure that gave her that strength, “I learned a lot about business and rolling up your sleeves and never giving up.”

“If you have struggle, it’s good. Know that you have a whole life and these experiences are shaping you and preparing for you for what comes next.” – Pernille Spiers-Lopez

Making mistakes is a part of life but the important thing is not repeating those mistakes. Pernille will admit today that she didn’t do her due diligence on the marketplace she was entering. That was a mistake she wouldn’t make again. But she had to learn it in the first place. Today, she helps other leaders and entrepreneurs learn from the mistakes she made but also how to recognize the value in their own struggles. Another important lesson is to learn from past failures, but don’t dwell in regret. When faced with failure, learn from it and move on.

“The truth is that being happy and doing what you really want to do is hard work. You’re going to have some things along the way that are going to go right and some things that are not going to go right. It’s all about figuring out along the way when do I need to pull back and when do I need to push forward. The key is to have an idea of where you want to go.” – Pernille Spiers-Lopez

Pernille knew she wanted to see the world, build her own business, network and achieve personal and professional success. But at 23 years old, like most people, she did not set out with a definitive roadmap of how to get there. She took risks, embraced her struggles, learned from failure and moved on to eventually get where she wanted to be. There are many paths to take along the winding road of life. Recognizing the best path to take – and when to change directions while on the wrong path – comes with experience, and wisdom gained from that experience.

Click here to discover many more great lessons on leadership from Pernille Spiers-Lopez.