You are here: Home / Communication / Stop the Bleeding: The 4 Key Steps to Owning a Mistake

An inadvertent insult. A well-intentioned (but wrong) comment. A simple misunderstanding. We all make mistakes that can at first seem small, but can blow up if not addressed.

What sets good leaders above the rest is our ability to acknowledge the error, address the problem and stem any fallout.

Sometimes, however, that sinking feeling we get when we’ve made a bad move paralyzes us. We can’t change the situation, so we let the problem grow, until it takes on a life of its own we never intended. 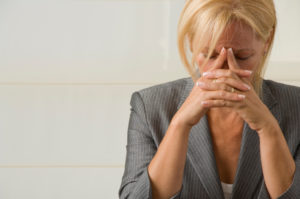 We know we have to correct the situation—but how? By taking some smart steps fast, we can soften the blow of almost any mistake.

The key to resolving most judgment errors or outright offenses before they balloon into disasters lies in one word: timing. The longer we let the effects of a mistake fester, the (needlessly) larger it looms.

Art Papas, founder and CEO of Bullhorn, recalls in an interview in Fortune how he lost a big account when he responded to a heated argument via email by “yelling” in all caps — which shut down the conversation. The customer was so irate, he took his business elsewhere.

“I should’ve picked up the phone much earlier … years later, the customer told me that if I’d just called him, everything would probably have worked out. By ignoring [it], I only made it worse,” Papas says.

You might not be able to take your mistake back, but by using these steps, you can minimize the damage and make needed reparations:

For example, say someone shared confidential company info in an email chain to you. You thought it was privileged, but you didn’t double check—and thus passed it on to others. Now the word is out. Holing up in your office isn’t going to solve the problem, but admitting that you were the source of the spread early on at least could keep it from gathering steam.

People are often afraid to own up to a mistake because they think it could cost them their reputation or even their jobs. In most cases, though, acknowledging and sincerely apologizing for it earns respect and shows the mark of a true leader.