You are here: Home / Featured Home / Not funny! Humor at work helps men get ahead, sets women back 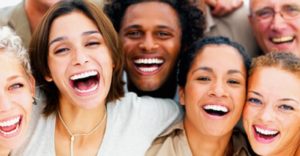 So you’re prepping a presentation to give to several other managers in your company. You decide your slide show with a funny meme.  That’s a great way to warm up your audience, right?

Turns out, only if you’re a man. We women actually get the opposite reaction .

A new study proves it: The use of humor in the workplace elevates men’s status but lowers women’s standing in the eyes of their co-workers.

Talk about a bad joke!

The reason why will do anything but make you laugh.  Seems women are STILL perceived as less serious about work than their male counterparts (women are still thought to be more focused on home and family), so cracking a joke only reinforces that incorrect and antiquated stereotype and unconscious bias).

On the other hand, when a man cracks a joke it instantly makes him seen as more accessible.

But don’t schedule that appointment to have your funny bone removed just yet.

Women leaders have a different piece of scientific evidence that might make them consider keeping humor in the mix. According to a recent article in Inc. Leaders with humor can:

Of course, if you do decide to incorporate humor into your management style, you want to do so carefully.  A few tips:

So what has your experience been? Do you feel humor has helped or hurt you in your career? Tell us in the comments section.