Meg Whitman seems to be the female CEO with the easiest smile, especially when you see photos of her in the news. And with all of her accomplishments, she does have a lot to smile about.

She’s on Forbes’ 2016 Most Powerful Women list and is presently CEO of Hewlett Packard Enterprise (HPE), but she probably became a familiar face to many when she took the helm of online auctioneer eBay in its infancy. 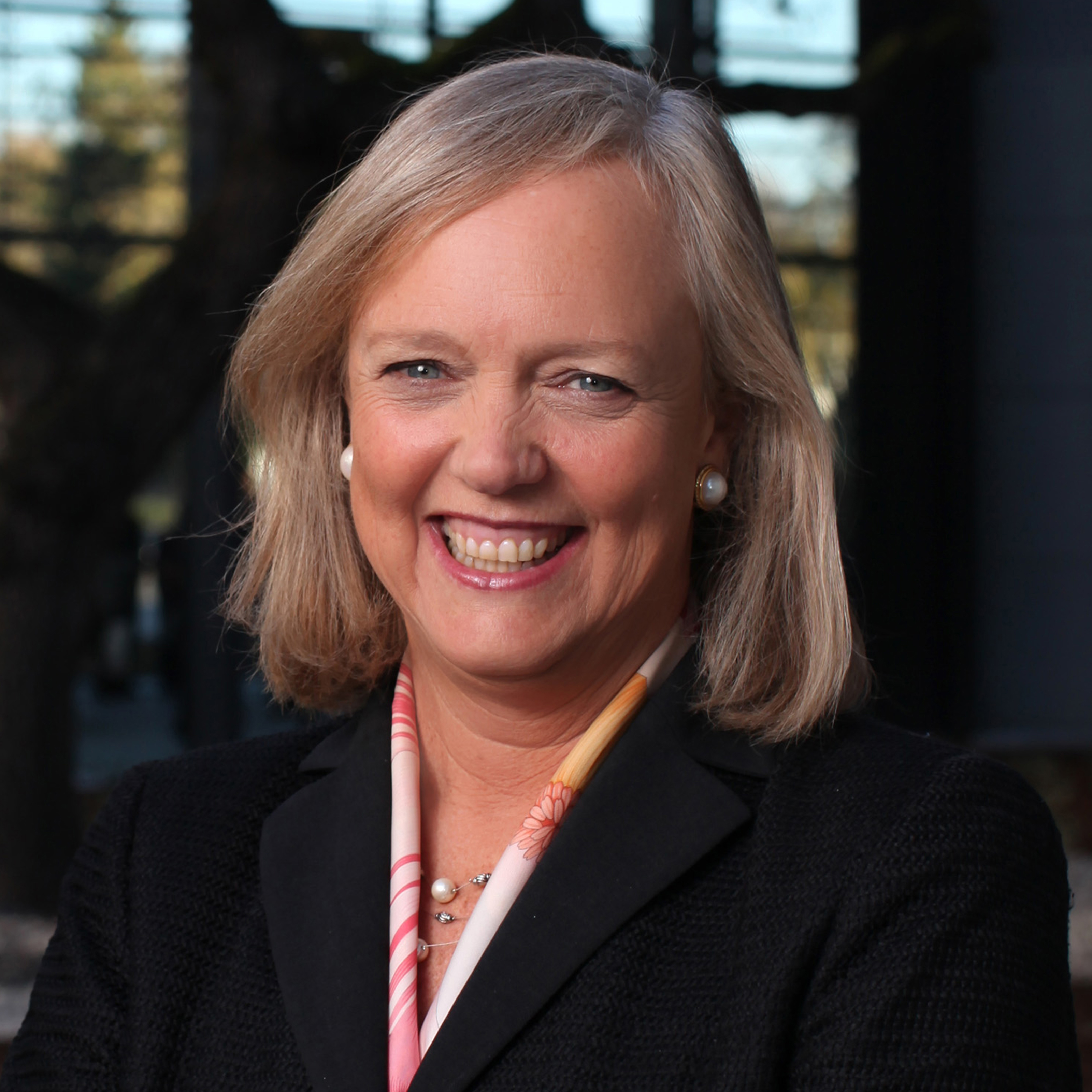 As CEO for 10 years, Whitman grew the fledgling ecommerce site from its humble beginnings of 30 employees with revenues of $4 million to 15,000 employees with $8 billion in revenue, making her a billionaire by the time she left that top spot in 2008.

New challenges lay ahead as she ran an unsuccessful bid to be governor of California, then was tapped to be CEO of Hewlett Packard in 2011. At the time, the PC and printer giant was struggling to regain its footing with the emergence of cloud computing.

Whitman’s solution was to split the company in two in 2015, as she took the helm of the newly formed HPE, which sells servers and software, while HP maintained its PCs and printers.

No surprise that her favorite motto is “Run to the fire,” which was printed on posters at HP’s headquarters when she ran the company. But how did Whitman develop that fierce ability to thrive on challenges?

Well, it seems she was overcoming challenges from the very beginning.

Born with a birth defect, she was strapped into a stiff metal brace because her left hip lacked a socket. “I have a special place in my heart for those who overcome disabilities,” she wrote in her book, The Power of Many: Values for Success in Business and in Life (Crown).

And almost from the minute those braces came off at age 3, she’s been on the move, playing sports, which actually taught her a lot about business, as she wrote in her book: “Sports force you to make decisions in real time and live with them. There are consequences to winning and losing. Winning is always better.”

She planned on becoming a doctor, but got tripped up in high school chemistry class, then found her niche majoring in business at Princeton University and getting her MBA at Harvard, where she met her husband of over 35 years, Griffith Harsh IV, a neurosurgeon.

Even early in her career, Whitman began honing her leadership style.

Her first gender equality challenge: She began her career in 1979 at Procter and Gamble (P&G) in Cincinnati, where she immediately shook things up. “After the first day of training, everyone got a credit card except the four girls,” she told Business Insider, because the company didn’t think it was “safe for women to travel alone,” she said. So she responded by writing a memo to the CEO and got the rules changed within a few weeks. All the women got credit cards and the corporate okay to book their own business trips.

Starting small, thinking big: No matter how trivial the task, do “the very best job that has ever been done,” Whitman told Joann S. Lublin, author of Earning It: Hard-Won Lessons from Trailblazing Women at the Top of the Business World (HarperBusiness). When she got an assignment at P&G to do marketing on the right size of the hole in a shampoo bottle cap, “I thought about saying, ‘This is the dumbest assignment.’ Then I thought, ‘I’m going to do the very best job that I can. I’m going to nail it,” she told Forbes. She wrote “the definitive memo” about the size of the hole, after immersing herself in stacks of research and leading focus groups on the topic. And that became a turning point in her career because she learned that it was the exercise of going through those steps that showed her how things get done in business.

Learning to stand up for herself: It was while she was working at Disney in the late 1980s ‒ “a male-oriented culture,” she told Forbes, that she learned some pivotal advice: Speak up. Disney president Frank Wells told her, “You are just as smart as these guys. You have to speak up in meetings.”  She had thought that “unless I say something brilliant I shouldn’t say anything,” but after hearing a lot of “stupid” comments, she spoke up and is now known for her frank comments.

Never one to shy away from challenges, Whitman is a “no excuses” CEO, as she wrote in a LinkedIn post. “I always ask why we won, why we lost and what we could have done differently.”

On losing: When Whitman lost the election for governor in 2010, she told author Lublin, “I am a much better CEO … I developed a much thicker skin.”

When you’re the new boss: “The tendency when you come in from outside is to prove yourself by finding what’s going wrong,” she told Inc.  Since she has switched companies so many times, she told Stanford Business: “My advice … is to go into an organization and figure out what that company’s doing right, and do more of it. You’ll eventually get to your to-do list and to your fix-it list, but if you come in and just talk about what’s going wrong, you will lose hearts and minds.”

Choosing the right job: “Join companies where you like the people and the product,” she told Forbes. “You’re going to spend a lot of time at work.”

We’d love to get your feedback! Please email to share your thoughts on which top women leader you’d like to read about next.