Growing up in Kansas with a dad who worked at Fort Riley army base and a mom who was an army nurse during World War II, Marillyn Hewson felt right at home when she interviewed at Lockheed Martin, one the country’s biggest defense contractors, over 30 years ago. 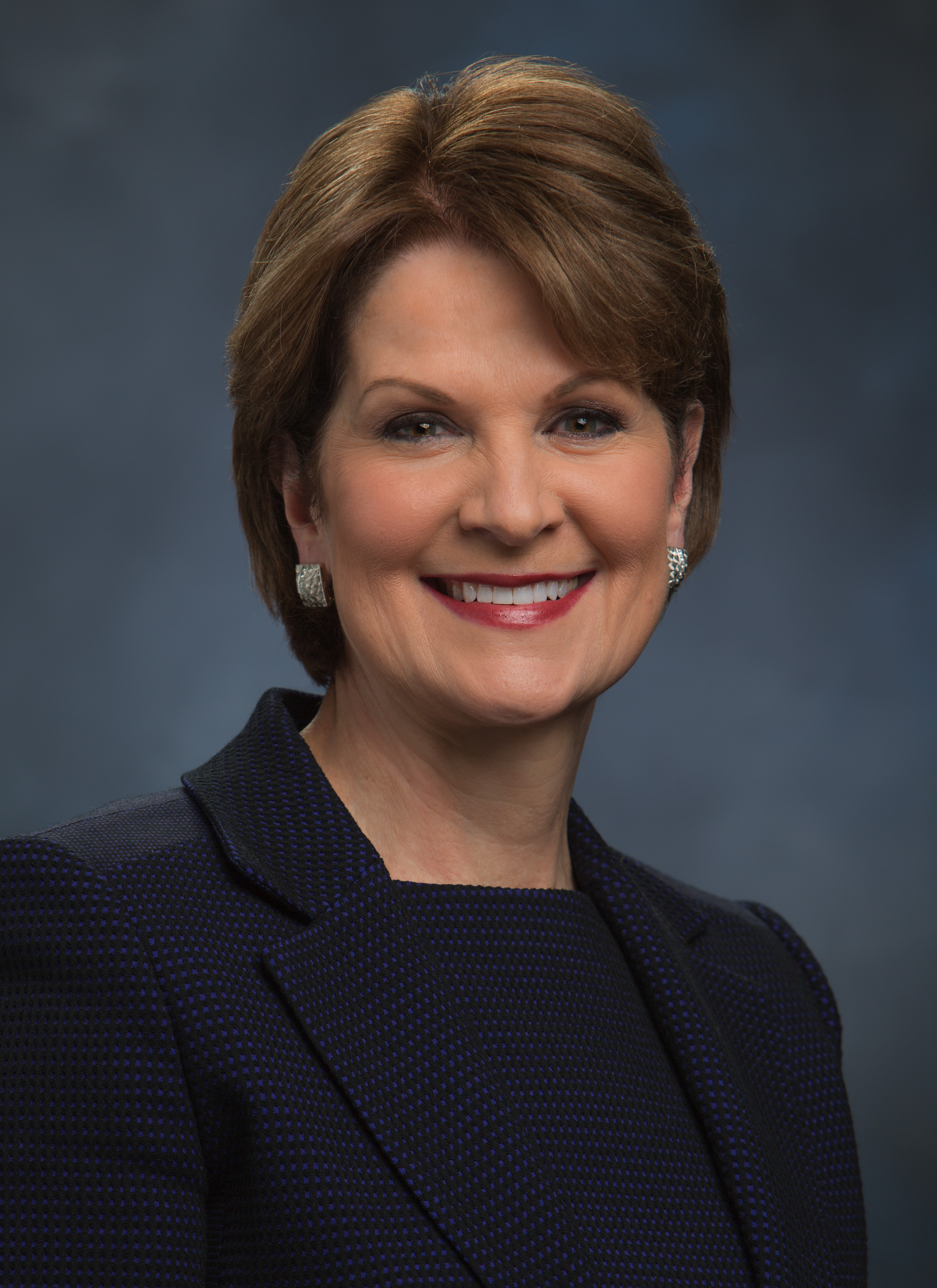 After seeing all of the military aircraft on the factory floor, “I never really wanted to work anywhere else,” she told Fortune. And she hasn’t.

Her first job there was senior industrial engineer and she kept getting promoted until she took the helm of Lockheed Martin in 2013, making her the company’s first woman CEO and one of Fortune’s Most Powerful Women.

Hewson never set out to become CEO, but having the job is “quite an honor,” she told CBS News.

So how did she get there?

“I have a passion for work,” Hewson told Fortune. And she started working at an early age. She worked at Dairy Queen in high school, then put herself through the University of Alabama by working nights as a switchboard operator.

Her childhood business sense: As a girl, her mom would send her to the grocery store with $5 to purchase a list of items that cost about $7, she told CBS News: “She’d say, ‘I know you could make it work. Here’s the list,’ and yeah that was a challenge. That teaches you very quickly, how to look for the best buy in the grocery store so that you can get everything for the family within that value … She wanted us to be able to do what we needed to do, and I bring that into the business world in a similar fashion.” (Most recently, these skills were tested when President-Elect Donald Trump asked military contractors to cut costs. Hewson pledges to do so on the next batch of F-35 fighter jets, as she told Washington Business Journal.)

“I’m glad I had an opportunity to tell him that we are a close to a deal that will bring the cost down significantly from the previous lot of aircraft,” she told the financial news network from the lobby of Trump Tower in New York. She also said she was in agreement with Trump over the importance of bringing down the costs of the plane.

Overcoming insecurities: Early in her career, Hewson second-guessed her abilities. Negative thoughts such as “You didn’t attend an Ivy League school” or “You haven’t been in business long enough” kept her from reaching for leadership opportunities, she told Business Insider. She eventually was able to change her mindset because “my self-doubt became self-limiting.” She now advises other women to get out of their comfort zone: “Often, the adversities you face are what really forge your character and improve your confidence. It’s the problems you’ve worked through in the past that will position you for future success.”

Keys to her success: Hewson never turned down a promotion, even though it meant moving her husband and two sons eight times over the course of her career, through 19 different leadership positions: “When an opportunity comes along, if it makes sense for you to take it, don’t hold yourself back,” she told CBS News.

To get to the top, “more than a map, you need a good pair of walking shoes,” Hewson wrote in LinkedIn because the most important thing is to keep moving in a general direction but be open to opportunity.

Map your own career path: “Take stock of what sets you apart,” she wrote in LinkedIn. She suggests that women should do a personal inventory: What are your strengths? Weaknesses? What do you find exhilarating? Tiresome?  This will give you some indication of what special talents and abilities you have, but always be open to opportunities when they come along, “rather than fixating on a specific title or role,” she says.

Create opportunities: Hewson stresses the importance of turning challenges into opportunities ‒ a key leadership trait and something that was instilled in her by her mother: “My mother understood that great leaders are driven by purpose, and the impact they leave must be larger than their own footprints,” she told Politico.

Getting to the top

It took three decades to ascend to the top spot at Lockheed, but it took Hewson three seconds to accept the job when it was offered. She was ready for the role.

What prepared her to be CEO: Hewson’s 19 different leadership positions at Lockheed led to her readiness for her current role, even if it meant another moving van and a new community: “It’s that collection of lessons, experiences and relationships that I now draw on every day. It’s what has equipped me to lead, more than any specific skill or talent,” she told Business Insider.

On being one of the first female CEOs: “I much prefer that they point out that I’m a leader first,” she told CNN.

We’d love to get your feedback! Please email to share your thoughts on which top women leader you’d like to read about next.