You are here: Home / Leadership / Looking for a Professional Networking Group? 6 Ways to Start One Yourself

Finding a networking group for women who lead in your profession could be hard to find. Some fields, such as industrial and tech sectors, are less populated with women and have fewer networking options. And you likely don’t have the time to travel several counties over to monthly meetings. 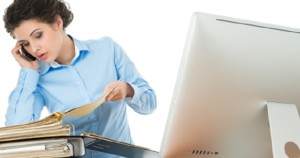 So why not organize one yourself? It could be easier than you think. There are probably many women out there who have the same idea you do—all it takes is making the connection. Start with these six steps:

“[There are] probably others in similar positions [who] are looking,” Brown wrote. “I heard from many women at our first meeting that they’d been looking for a group that fit their needs as young professionals.”