You are here: Home / Featured Home / Leading with Instinct: Why Women Leaders Should Trust Their Gut

Women leaders are often told to deny their instincts and instead rely solely on data, metrics and analytics to make decisions. This highly logical process has come to rule the current workplace in general as we live in an age of data. For women though, this tends to be overemphasized because women have to combat the lingering stereotypes of being emotional and lacking decisiveness.

But the truth is that not every business decision can be boiled down to cold, hard facts and numbers. Sometimes, making the right decision means trusting your instinct to make tough choices. That’s what makes tough choices difficult – the fact that there just isn’t data to make the decision for you. 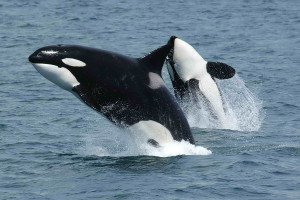 The ability to make decisions with certainty in uncertain circumstances is what makes a leader a great leader. Denying your instinct in these situations can actually lead to the wrong decision, or even worse, nothing getting done. No one wants to make the wrong decision and see the fallout affect the team they’re leading, stakeholders, customers, etc. But someone has to make the close calls, the hard choices and the tough decisions. This is at the heart of great leadership.

So, instead of denying instinct, women leaders should hone their intuition and emotional intelligence to become masters of leading with instinct.

Let’s explore some scenarios where leading with instinct leads to good business decisions.

Scenario: Donna Myers is the Executive VP of Sales for a medium-sized, tristate company selling office furniture. Her sales team needs to start selling the new line of desk chairs Monday in order to be on pace to hit this quarter’s revenue goals. The marketing department was supposed to get her a full report on research data on the sales leads to optimize the sales teams’ pitch script. But as of Sunday night, the report is still unfinished and she has three potential scripts to go with. The data can’t make the decision for her.

Leading with Instinct: Donna has been in sales for years. She moved into an executive position by being able to instinctively know people and their needs. She knows the scripts and knows in her gut which one is the best. That is the script the sales team launches with Monday morning. She used a combination of the limited data available and instinct to make the decision.

Scenario: Brenda Sanders is the Chief Operational Officer for a small shipping company. Their insurance contract was up and due to some negative experiences the company wanted to go shopping around. They found several options, did comparative price shopping, looked at advantages and disadvantages. On the last day to decide which direction to go they still had a short list of three companies.

Leading with Instinct: Brenda trusted her instinct and went with the company she intuitively felt the strongest about. Later, reflecting on it, there was a combination of elements that led to the decision: their professionalism and how long the company has been in business. But ultimately, the decision to her gut feel.

In the real world, women leaders often rely on their instincts. As Laura Henderson, co-author of “How Women Lead,” and former CEO of Prospect Associates, says of leading with instinct: “My instinct is really my hard drive of experience, knowledge, and insights collected throughout my lifetime. When faced with a situation that requires a decision or a judgment call, all of the factors present in the current situation go through this hard drive as fast as the brain can process.” (Quote originated from “Top Ten Characteristics of Successful Women Business Owners”

There are tons of everyday situations that women can practice leading with instinct. Some of them are quick decisions you make on the fly. Some of them are larger decisions, such as a new hire, which is often fueled by instinct when there are several candidates that meet the criteria. The key is to learn how to listen to your instincts and develop them as fully as you can.