You are here: Home / Community / Leading with Empathy: Why It’s More Important Than Ever

How empathetic are you? Are you in tune with your team? Empathy’s considered such a vital skill that there’s a new focus on empathy training, which is sweeping through Fortune 1000 companies like Cisco and Ford.

But here’s the good news: It’s a skill that women are naturally stronger at than men, so even if you feel you’re lacking on the empathy scale, you’ve got a head start. 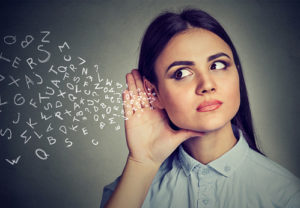 “It doesn’t matter where you are on the spectrum in terms of your empathy, or whether you’re a middle manager or a perfectionist CEO. We can all improve,” says Belinda Parmar, CEO, The Empathy Business. Her company measures companies’ empathy levels – through its employees, customers and social media – in order to compile its annual Empathy Index.

4 ways to be more empathetic

So, here’s what you can do to be more empathetic toward your employees:

Check yourself first: Since you as a leader are role modeling empathetic behaviors, you need to understand your own empathy levels. What are you strong at? What are your own empathy deficits? “It’s really important that you have that self-awareness since that translates to the rest of the organization,” says Parmar.

Take time for face time: “Employees want to know that you understand where they’re coming from and what they’re feeling,” says Manuel D’Souza, HR officer, Intelenet Global Services. Pay careful attention to their emotions, not just their words. With an empathetic manager, an employee knows that her feelings will never be overlooked. “Empathy doesn’t necessarily mean you agree,” she says. “It’s about helping an employee know he or she is being heard.” For instance, say, “I hear that you’re feeling angry,” to recognize an employee’s emotions without being judgmental.

Find the commonality: “It’s a test of your empathy skills to deliver bad news,” says Parmar. For example, if an employee made a mistake, say something like, “I know you did your best, but the fact is, you did make a mistake and the impact of that mistake is … “ But remain positive by ending with something like “I want to support you on your next assignment. Be clear with me about how I can do that.”

Identify the trouble spots: Find out the behaviors that communicate a lack of empathy – and deliver “empathy nudges,” says Parmar. For instance, create an “empathy fund,” a pot of money that employees can use to send a sympathy card to a client, for example. At one company, there was resentment between the front line and the head office because of the word “head.” So that company changed “head office” to “support hub,” which reinforced that the head office was actually there to serve the front line.

“Small changes have a sustainable impact, says Parmar, author of The Empathy Era: Women, Business and the New Pathway to Profit. And the numbers prove it, she says. The top 10 empathetic companies outperform the bottom 10 by 50%. Simply put, more empathetic companies make more money.