Today’s women leaders make history each and every day. It might be a small step, such as reaching a new level within a company, or a major step such as becoming the first female coach in the NFL. As women make history, they also look to the history of others to find inspiration, passion, courage and strength. Women’s History Month offers a great time to do this.

Here are some of the leadership characteristics that today’s leaders can develop from studying women’s history – past and in-the-making:

As the first female Secretary of State, Madeline Albright stated: “It took me quite a long time to develop a voice, and now that I have it, I am not going to be silent.” Women leaders that have rocked the world knew how to speak genuinely and with authority. Margaret Thatcher was known for her authentic leadership and ability to stay true to her beliefs in the face of great opposition. Today, German Chancellor Angela Merkel demonstrates how to lead with an authentic voice. Her departure from many of her counterparts on the Syrian Refugee Crisis earned her Time magazine’s Person of the Year honors for 2015.

One of the great leadership challenges can be defining your leadership style. Often, this means looking at what others are doing – or not doing – and figuring out new ways it could be done. When Clara Barton saw the wounded soldiers of the Civil War, she came to their aid. Never satisfied with being behind the regiments, she would strike out for the front lines, “I always tried . . . to succor the wounded until medical aid and supplies could come up—I could run the risk; it made no difference to anyone if I were shot or taken prisoner.” Barton would of course go on to form the Red Cross and become one of America’s most influential women. Her leadership style was defined by having the courage to do what others would not. 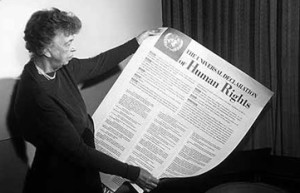 Possessing passion for your mission drives authentic leadership. Having passion inspires others, gives strength in moments of doubt and motivates leaders to succeed. One of the most famous female leaders in U.S. history, Eleanor Roosevelt, exemplified passion for her missions, “Do what you feel in your heart to be right- for you’ll be criticized anyway. You’ll be damned if you do, and damned if you don’t.” It was her passion that allowed her to lead with conviction in the face of obstacles. Finding your passion as a leader will develop your leadership instincts. 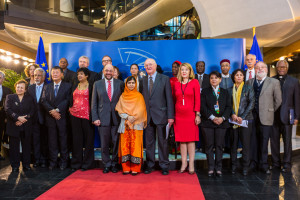 Women’s history is full of women leaders who preserved against tremendous struggles to fight for their mission. From Harriet Tubman to Susan B. Anthony to modern day heroes like Malala Yousafezi, women leaders have always had to overcome tremendous barriers. This is perhaps the greatest contribution the women of history give to leaders to today – the inspiration and courage to fight for change against seemingly impossible odds. As business leaders, women leaders might not have to deal with being a Taliban target or fighting to free slaves, but there are challenges unique to all women. The powerful examples set by history’s greatest women leaders show all women that they possess the strength to make difficult leadership decisions every day.

The women of history and the women making history today create a world in which both men and women can achieve great things. Another key lesson they teach is to never just accept the status quo – if there is room for improvement, fight for that change. This doesn’t have to be as lofty as social progress. It can be business decisions, community organizing, mentorship, etc. Regardless of the size of your mission, being a female leader today brings the world closer to being inclusive for all. This is how today’s leaders make history each and every day.