We’ve all heard the expression, “Never start a war you can’t win.” Or on a more practical level: “Pick your battles.”

Which, it turns out, is something successful women do to our advantage most of the time.

Women are naturally encouraged to be assertive and confident when it comes to demanding what we feel we’re worth. But it might not make good sense to always negotiate when given the chance. 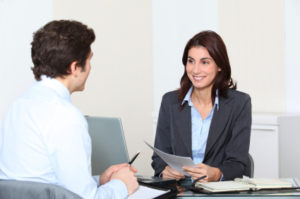 This is because women are better at knowing when negotiations won’t work out in our favor, say economics and management researchers in a paper published by the National Bureau of Economic Research.

Their research showed that, while both men and women were more likely to negotiate when they stood to lose from not negotiating, women tended to avoid negotiating if they knew they wouldn’t benefit. “[When] women opt out of negotiations, they tend to [avoid] substantial losses,” the study authors write. “[It shows] women can think ahead, and know when [and when not] to ask.”

The takeaway? Our natural intuition – combined with a little bit of strategy – can help us determine the situations when it pays to negotiate, and when it doesn’t.

Weigh Your Options
Jenny Foss, a recruiter and author of the Ridiculously Awesome Career Pivot Kit, recommends keeping these guidelines in mind before you decide to negotiate (we’ll use salary or promotion negotiations as an example):

Consider negotiating only when:

Read more on how women leaders can use innate tendencies to build solid relationships when we negotiate.

Bottom line? Women shouldn’t always feel the need to negotiate when given the opportunity. Applying patience and savvy foresight instead can work in our favor for future success.