You are here: Home / Communication / Is Your Smile (Or Lack of One) Holding You Back In The Workplace?

“Smile!” Does this sound familiar?

From childhood, women are often instructed to smile — and not only for pictures. While this command seems innocent enough, this particular body language reveals a double standard in our culture.

After the results came in following Super Tuesday on March 15th, MSNBC host Joe Scarborough tweeted out to Hillary Clinton on her successful evening:

“Smile. You just had a big night. #PrimaryDay.”

Uproar ensued. Scarborough defended his comment, stating that all candidates are held to higher standards in terms of style and substance, and that it was not just a critique of Hillary. Yet much of the social media backlash singled in on the comment as being inappropriate due to Clinton’s gender.

This is made more interesting as the only other candidate told to smile during the campaign thus far was no other than Carly Fiorina.  Imagine Scarborough or any other reporter telling one of the male candidates to smile – it would never happen. 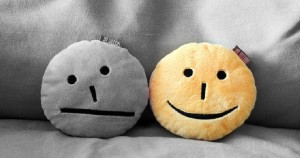 While smiling may seem like positive communication conveying self-confidence and trust, smiling too much can be detrimental to one’s authority. And we’re more inclined to do so: A study found that women smile in 87% of social encounters, while men only smile 67% of the time. Women in particular must be weary of this fact as smiling too much may have negative repercussions demonstrating agreeableness and submission.

With that being said, it makes sense that societal norms expect women to smile. It is considered more attractive and makes one appear more agreeable. If Hillary smiles more, she will seem less threatening to her competitors. Yet no one worries about men seeming threatening to competitors. Think about it, with females being the only candidates called out for leaving their “winning smiles” at home, the media is making a statement that these powerful women should appear agreeable rather than intimidating. But this isn’t only the case in politics.

RBF is a term created specifically for women who don’t have a permanent smile plastered to their faces. The term went viral when paired with big names such as Kristin Stewart and Queen Elizabeth, but it didn’t stop there. To test the theory try googling the term and look what appears – these women among Bette Davis, Anna Kendrick and no other than Hillary Clinton have been defined by the expression. The idea quickly infiltrated everyday language and has been used to describe many women since.

The fact is that women are held to a different standard and are encouraged to adopt body language such as the smile that can negatively impact the way in which they are perceived.

You may be thinking, “so what should I do? Smile or not smile?” Unfortunately, the answer isn’t cut and dried. We’ve gone over the ramifications of smiling too much, so now let’s get into a few specifics on smiling. 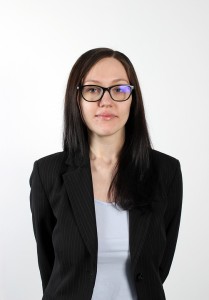 Smiles without teeth are generally viewed as fake and used in an attempt to convey approval. This may also be the smile of someone who in anxious “trying to integrate themselves” in their surroundings. These expressions can also be read as embarrassment, arrogance, fear or sarcasm.

Regardless of your intention or which tight lipped smile you give – relaxed, half smile or pursed, these smiles are not well received and should be avoided.

Show what you feel

Your facial expressions should reflect what you are communicating, which is why smiling in the wrong context can be confusing. For example, when discussing a serious topic expressing frustration or giving critical feedback a smile would be inappropriate and lead to decreased credibility. While many people feel the need to try to lighten the mood by smiling during these times, resist the urge because it will undermine your authority.

If you smile, be genuine

The overall key to smiling is to be genuine. If you are giving good news or are excited, a smile is warranted. A real smile engages the full face. They are also often asymmetric and larger on the right side of the face, while a fake smile usually lasts longer and leans more toward the left side of the face.

While smiling seems like an innocent action, the body language you project influences how you are perceived. Next time someone tells you to smile, think twice and determine if it’s really the best move for you.