Unlike a lot of female Fortune 500 CEOs, who rose through the ranks at a company, Ilene S. Gordon was an outsider when she was tapped to lead Ingredion – maker of starches, sweeteners and specialty food ingredients – in 2009.

But she was more than ready for that top spot. Gordon has been challenging herself, ever since she was a kid growing up in Boston in the ‘60s. 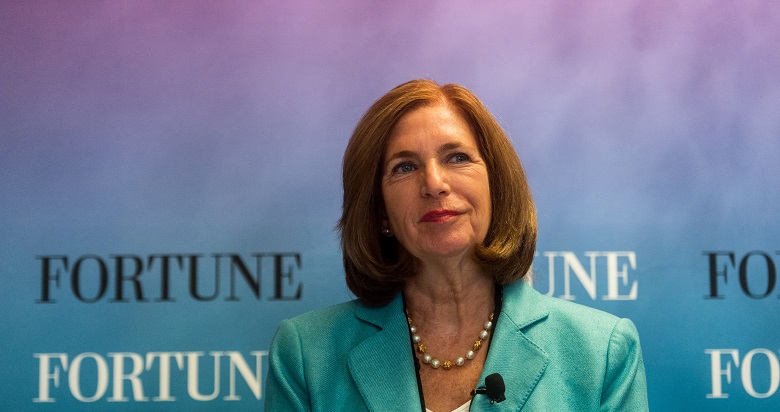 Her mom, a teacher, “used to say to me in January of every year, ‘What are you going to do this summer?’ … you need a plan,’” she told the Chicago Tribune. And, at age 10, she relished helping her dad, an accountant, problem-solve and fill out spreadsheets.

“There was never a choice of career vs. family. I was going to do both,” Gordon, who’s been married for nearly 40 years, with two grown children, told Forbes.

But was becoming a CEO always part of her master plan? Apparently so …

Early signs of a leader

“It was in my makeup to want to achieve, to be as smart as the men,” Gordon, who was a math and science whiz growing up, told Forbes. That competitive drive certainly propelled her forward.

Her strong work ethic: When a blackout hit the East Coast in 1965, Gordon asked her parents for candles to finish her grade school science project due the next day. They assured her no one would be expected to turn their projects in, but she persisted and, of course, was the only kid in the class that got it done. “I always wanted to be the best,” Gordon told Barron’s.

Her question-everything approach: When Gordon was in the 7th grade, she got permission from the principal to take shop class with the boys rather than bake muffins in home ec class with the girls. “I just wanted to do things that were different, to compete with the boys,” she told Forbes. “The principal said, ‘I guess there’s no reason why you can’t. But nobody has ever asked before.’”

Her can-do attitude: Gordon went to MIT thinking she’d become a high school math teacher ‒ a typical career choice for women at the time ‒ but that changed when she met women who were going to be lawyers, doctors and Ph.Ds. She soon realized, “I can do more than teach,” she told CNN.

The career risks that paid off

From the get-go, Gordon took career risks and sought out challenges, soon after getting her masters from MIT.

Taking a leap, overseas: After a year as a strategy consultant with Boston Consulting Group, her first job, she volunteered to move to London, where she was able to learn about manufacturing. And that became the field where she would make her mark, eventually becoming CEO of Paris-based Alcan Packaging in 2007. “I always wanted to be a pioneer,” Gordon told The Tech. “In industries like consumer products, I saw a lot of women. But there were none in the factories.”

Tackling an all-male field: Getting into manufacturing was “almost like I wanted to stack the deck against myself,” Gordon told The Tech. But it was at Tenneco, a replacement parts company, where she flourished, as she climbed the ladder for 17 years, eventually becoming VP of Operations ‒ the company’s first female executive.

In 2004, Gordon told The Tech, “I decided a long time ago that I want to be CEO of a Fortune 500 company.” Since she accomplished her goal, what’s her advice for other women in leadership?

Making better decisions: As important as it is to listen to people in the company who can give you good input on a particular topic, decision making is all about “trying to synthesize the different views,” she told SBN. “It’s about gathering the facts.” If others make a statement, she’ll ask, “How do you know that? Where is the data?”

Always have a backup plan: “Have a Plan B,” Gordon told The New York Times, “because Plan A doesn’t always go well, or maybe it’s derailed by a competitor or somebody else’s new product.” And, she adds, people with a backup plan are the best to have on your team: “You want people who are able to have a Plan B and C, and to rise above a challenge, move ahead and get on with it.”