You are here: Home / Featured Home / How To Help New Leaders Avoid Failure

As proud as you are of your accomplishments, you’re probably more proud when you help lift up another woman to a leadership role.

That’s also exactly why you want to make sure she avoids what happens to nearly half of all new leaders: failure.

But researchers have found that new front-line leaders don’t fulfill their role, and often take a step back, within their first two years on the job. New executive leaders? Half of them leave their roles within the first 18 months, another study found. 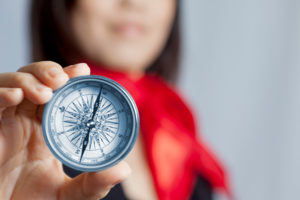 Fortunately, you can set up other women who’ve landed leadership roles for success. If you know the biggest reasons new leaders fail, you can help them avoid the pitfalls.

Harvard Business School researchers uncovered the top five traps new leaders fall into, plus the most effective ways to sidestep – or sometimes rebound from – them.

1. Change the plan too quickly

Many women who are new to leadership are excited about the job and have lots of ideas to try once they’re in charge. That excitement to change and implement can blind them to realities such as:

Too much change too fast can doom new leaders.

Instead, new leaders want to wait a few months to ask more questions, observe the working conditions, operational well-being and personnel dynamics before laying out a new, drastically different vision from what exists.

Encourage new leaders to ask questions about workplace culture and/or organizational processes. Then listen to responses, plus the casual, water-cooler conversations about the state of work.

Also, remind new leaders that they don’t have to share a strategic mission before they’re ready. They can tell questioners: This is my opportunity to listen and learn so I can build the right strategy for all of us.

2. Decide too big, too soon

Leaders who step into new roles are almost always met with major decisions that were put on hold when they’re predecessor was on his or her way out. Some leaders then try to make an immediate positive impact with swift decisions, which often backfire.

Just like waiting to introduce and implement a new vision, women in new leadership roles want to put the brakes on any decisions that will have long-lasting effects.

One tactic your new leaders can try: Have (or help) them create an interim decision-making process for the short-term decisions that must be made. They’ll want to include how requests should be proposed and how they’ll review them. Then they can share the plan with their staff so everyone knows and understands that decisions made in the first three months of her new tenure will be reviewed and adjusted as needed.

Some new leaders feel the need to live up to expectations by sharing their accomplishments, wearing their stripes, and in the process, putting down others. That can sound like this: At my other company …, I once made things like this happen by …, I …, I …, I ….

New leaders should remember they were hired for their experience, skills and track record. Everyone in the company got the introductory email with a summary of that sparkling resume. Once in the position, remind your new leaders to avoid criticizing how things are done or amplifying how much better things elsewhere were.

Instead, encourage them to ask questions to understand why things are done the way they are. Then they can make outright suggestions on how things might be done differently to improve efficiency, lower costs or increase profits. That shows everyone knows that they did their homework and took different viewpoints into account.

Similarly, new leaders sometimes bring the old gang with them into the new role, connecting with old colleagues who want to chum up when the promotion happens or staying exclusive with former colleagues.

In an expanded role, women leaders want to remember the Girl Scout Rule: Make new friends. Keep the old. One is silver. The other gold.

Help your new leaders form critical connections within your organization (or function if it’s an internal promotion). You might want to encourage them to try what many effective leaders do: Go on “listening tours” when they’re new. Give them a list of a bunch of people within the company who you know can be helpful as connections. Encourage them to arrange meetings. Ask questions. Talk. Seek advice. And use it.

Sometimes new leaders don’t know where to go for help, even if you offer it. They might get overwhelmed, feel indecisive and pressured to move faster. And they don’t want to look weak by asking you or other female leaders for insight or assistance.

So then they try to go it alone, avoiding delegation, failing to ask for advice and building tension.

When you assign a woman to a new leadership role, remind her regularly who and how she can turn to for guidance. Even better, tell her about times you reached out to a mentor or boss for help and how it turned into a success.

You can set the best example for women in new leadership roles by doing what the most effective leaders do every day: Ask questions, listen more than others, seek regular feedback and gather information tirelessly.