You are here: Home / Communication / The Coaching Quandary: How to Get Through to Difficult Employees

You haven’t risen to the level you have without coming across difficult people. And now you’re the boss to many of them and have to manage their difficult behaviors – more than you’d like.

“You’ve probably tried to help those employees before,” says Kevin Pitts, a leadership coach and moderator who spoke at the American Management Association’s seminar Successfully Managing People, “Now it’s time to get them to take responsibility for the fix.” 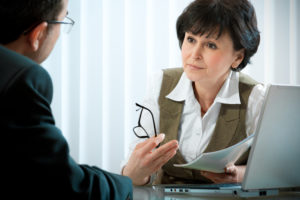 Their difficult behaviors likely run the gamut – some of it intentional, some of it not – but they all affect how your team operates. The faster you move difficult people to better behavior and attitude, the more likely your team will continue to succeed.

Make it a one-on-one

Then identify the specific issue that’s causing problems and give examples.

Then use these questions to guide a corrective conversation and set employees in the right direction:

This allows employees to tell their side of the story without putting them on the defense. The question shows you understand that there might be bigger issues they need to share and invites them to open up about those.

Now they can explain how the situation makes them feel and how it might affect their work quality, productivity, relationships and morale.

Difficult employees often don’t see how their behavior affects other people. They only see themselves as a victim.

With this question, you can encourage them to recognize that their actions have negative effects on others, including colleagues, customers and your fellow leaders.

This prompts them to recognize the consequences of continuing the behavior. You might be tempted to point out the problems they’ve caused and potential harm if they continue.

But it’s important to let them uncover the consequences. As a supervisor, you likely will have to help them see or understand the disciplinary issues that happen if they keep up the behavior.

Now they need to take some – if not all – responsibility for what’s going on.

They’ll likely point some fingers to colleagues and circumstances, so you’ll want to continue to probe with a similar question:

This is meant to prompt them to admit to something that needs to be improved. It could be a 180-degree change in behavior or a slight shift in attitude.

Now’s when you can suggest or work together on a plan to change or improve. You might mention issues you had to overcome to continue successfully in your career and how you did it. Or suggest how other employees who’ve had similar problems overcame them.

Most importantly they should identify the positive impact their changes will have on individual and team performance.

Confirm that you’re on the same page about the:

You want to make them accountable for following the action steps you’ve laid out in a time frame that works for both of you.

Set a date and time on both of your schedules before ending the meeting.

Employees often have a hard time accepting that their behavior is wrong and impacting others. As a woman in leadership, it can be difficult to point out those issues without sounding accusatory. This approach allows you to coax them into taking responsibility for the problem and its solution.