You are here: Home / Communication / How To Disagree With Anyone – And Maintain A Good Relationship

A trusted colleague has a really good idea – at least he thinks so – and you hate it.

On one hand, you owe it to your company to point out the problems. On the other hand, you don’t want to hurt a good relationship. 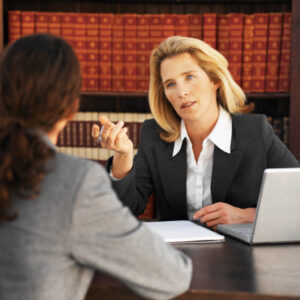 Fortunately, and when necessary, women leaders can disagree with a colleague – a boss, the CFO, an employee, almost anyone – and maintain the relationship.

Even better, you’ll be able to accomplish the goals with these six Harvard-proven strategies.

You don’t want to just blurt out your point of view. It may seem timely to say what’s on your mind immediately. But a well-thought opinion is almost always a better argument than a timely one.

Be strategic. Think it through by asking yourself:

Ideally, you don’t have any personal gain from winning the argument. The focus of your argument needs to be on the greater good – whether that’s the company, safety, employees, a department or customers.

Follow this old journalism rule: Get it first. But get it right first.

Pull together your facts, recognizing that the person you’re about to disagree with may have access to more information than you do.

If you even suspect you’re missing something, couch your argument by saying something like, “I think there’s another way to look at this. Before I present my ideas, can you tell me of any other critical facts I don’t know?”

Try bouncing your point of view – including all the facts you have – off a few trusted colleagues. If you can’t convince them it’s a better idea, you might not be able to convince the other person whose view you oppose.

You’ll want to get some feedback on your idea and ways to express it more persuasively. Encourage your trusted colleagues to poke holes in your theory and ask questions they think any executive would have.

And you don’t want to ask your direct reports to chime in. They may not want to disagree with you. So it’s likely they won’t give the most candid feedback you need.

Get a respected, credible expert to go over your conclusions before you take your idea back to the board. You might even ask him or her to be available to review his or her conclusions with the colleague you want to convince.

Also, you don’t have to look to an outside consultant. It’s even better if you get backup from a person recognized within your company or among your mutual network as an expert on the topic.

Pull together all the hard evidence you can to support your point of view. Leave out hypotheticals and anecdotes. Women leaders want to stand on hard evidence when they present opposing ideas.

Disagreeing with colleagues and bosses is time for a strictly businesslike approach.

People trust their friends, particularly those who are their professional equals.

So you might need to also find someone who is your colleague’s friend and at the same level. Then use your data to convince him or her of some merit behind your idea. Ask him or her to back your idea, if he or she believes in its potential, too.

That’s not to suggest you gang up on your colleague. You just want to find genuine support from someone who can address it in a friendly manner.

While preparing for your disagreement may seem like a formal process, the actual disagreement doesn’t need to be. You’ll want to avoid putting the other person on the spot in front of a group. Either address it one-on-on in a planned meeting, or casually when the two of you grab coffee.

This approach will allow you to make your argument, show your professionalism and maintain a good working relationship, regardless of whose ideas are adopted.