It’s that time of year again – when conversations about Game of Thrones dominate your office’s social circles. As your colleagues discuss their favorite characters, best theories and shock at the latest events, there are other lessons to take away – namely, what it takes to be a strong woman leader.

Yes, that’s correct – the show that has come under constant criticism for objectifying women also, ironically, showcases strong female leadership. What makes this theme even stronger is the fact that the story takes place in a medieval-themed fantasy world where women have little to no rights.

Here are  4 women’s leadership lessons from Daenerys Targaryen, “the Mother of Dragons:”

Leaders who turn adversity into opportunity possess the inner strength to endure hardships.

At the story’s open, Daenerys is a sheltered young woman being married off to a Khal Drago – a brutal and violent warlord. As her story progresses, Daenerys finds the inner strength to bear the hardships of her life. She then turns those hardships into opportunities, such as using her position as “Khaleesi” to implore her husband to show mercy to the conquered.

So too must all leaders find the inner strength to endure hardships. Sure, you probably won’t be sold off into marriage to a barbarian warlord, but there will always be struggles in life – and work – that are beyond your control. Maybe you have to deal with a misogynistic business client or a successful business unit suddenly stops earning and you’re on the hook. Enduring difficulties and turning them into opportunities makes stronger leaders than those who’ve never encountered setbacks

Lesson 2: Heed the Wisdom of Others

Great leaders have great advisors and know when to listen. While confidence is necessary to lead, overconfidence is a leadership killer.

One of Daenerys’ best leadership skills is surrounding herself with the wisest advisors possible. She listens to everyone’s input before making her decision. She relies on their knowledge and experience. When she is faced the choice of conquering the remainder of Slaver’s Bay – and setting hundreds of thousands of slaves free – or returning to her ancestral home of Westeros, she carefully listens to everyone’s advice.

Good leaders seek out advisors who are strong in the areas they struggle with. If you have a great mind for strategy but struggle with operations, you need some with wisdom and experience in that area. If you’re great with financials but struggle with communicating you need an expert there to advise. Seeking out the advice of a mentor or a predecessor you’re still close with is a great resource to have. The point is to seek out those whom you respect and listen to everything you can.

Lesson 3: Make The Decision – and Own It 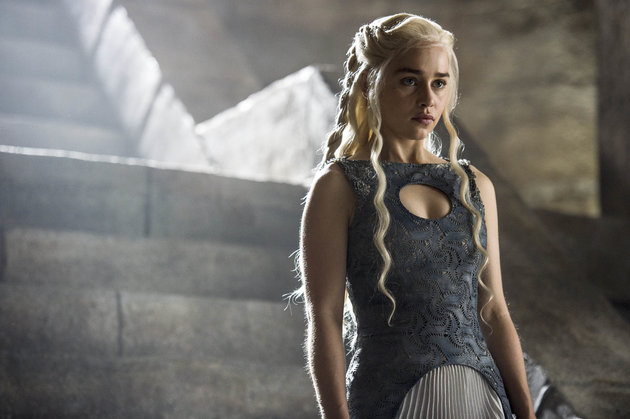 At the end of the day you are responsible for the decisions you make. When you can own those decisions and take full responsibility for the consequences – good or bad – you give confidence to those who follow you.

While Daenerys does listen to others, she also understands that she is responsible for the final decision. And she stands by it with unwavering conviction. Her advisors tell her to return home to conquer the Iron Throne (yes, the throne in the Game of Thrones) but she follows what she believes to be right. And she frees the slaves of Slaver’s Bay. While she listened in preparation of her decision, she didn’t tolerate being second-guessed once the choice was made.

Advisors are a great resource but you always have to make your own choices. Knowing this and being able to own it are essential to leading others.

Lesson 4: A Leader is Only as Good as Those Under Her

Leading others is a symbiotic relationship. They rely on you for vision, guidance and being the front line when adversity hits. You rely on them for tactical execution, creative new ideas, valuable input and hard work. Maintaining this relationship requires knowing your people and fighting for them.

During her campaign to conquer Slaver’s Bay, Daenerys makes it a point to listen to and be available for her people. She frees slaves, gives rights to those who have none and makes herself available. This is because she knows her position as queen is built upon the faith and trust of her people.

So too should business leaders value and appreciate the workers on the front lines of the business. Losing touch with the workers is a critical failure in leadership.

It will be interesting to see what fate the show has in store for Daenerys Targaryen, but it is clear she is one of the central characters. There are other strong female characters on the show as well and many can offer examples of what to do – or not to do – to move women’s leadership along.

And as long as people at your company can’t stop talking about the show – you might as well use the discussion to talk about how to be better leaders.