You are here: Home / Featured Home / From the Ground Up: Thoughts on Raising the Next Generation 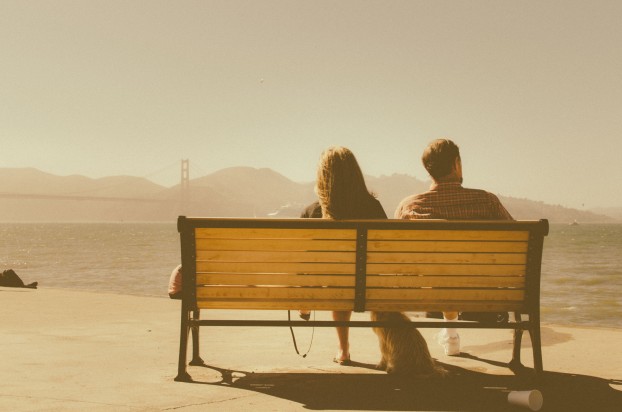 One time, a manager came into the office I shared with the HR manager, looked me over, and declared how beautiful I looked.  He then propositioned me in a very graphic manner (“Say the word and I will get a room anytime… just say the word”).

I could feel the blood rush to my head as my cheeks flushed red.  In despair, I looked to the HR manager for help; she was equally surprised but said nothing.  The manager (a husband and father) conducted his business and quickly left his path of destruction behind.

I was 19 years old, working part time in a luxury hotel while going to college full time. That was almost 30 years ago, but this still happens today.

My daughter, who is doing a summer internship in law school, came home the other day and told me the story of a woman who was smacked on the behind by a fellow male intern. She was so stunned and embarrassed she didn’t know what to do, so she just let it go and walked away.

I was shocked and outraged to hear this story; it was not only the act itself, but also the age of the perpetrator that enraged me—he was all of 23 years old!

This led me to wonder: what are we teaching our young men? Where are they getting these ideas?  What world are they living in?  Haven’t they heard of the HeForShe movement or campaigns such as Not Alone and It’s On Us, which resulted from recent sexual assault incidences on college campuses? Hasn’t this issue been discussed in their high schools, on their college campuses and in the news?

What message did this young man receive that made him think he could do something so crass and demoralizing to a colleague and walk away like it was business as usual?

It’s no secret that gender roles are learned from birth.  Our roles are defined by our family members and as we interact in society.  Studies have shown that a father’s influence and unconditional belief in his son is directly related to his son’s success.  Or as author Clarence Kelland explained, “My father didn’t tell me how to live; he lived and let me watch him do it.”

As a result of strong traditional gender roles that still exist in society, women are often not perceived as effective leaders.  In other words, there is a perceived incongruence between female roles and leadership roles. Even worse, women are not taken seriously when in professional roles alongside men.

This is nothing new, but it’s clear that our attempts to change this perception are not working.  We as a society need to take a new approach, find a new strategy.  I cannot stress the importance of talking with your sons and daughters about how to interact with the opposite sex from a very young age.

A friend of mine who, in another life, was an “adult entertainer” but is now a married mother of two girls, once explained to me how pre-teen girls need to learn how to act around boys and boys need to learn how to act around girls because proper interaction does not come naturally in today’s society.  This is a woman who had experienced some of the worst behavior between men and women. She was right.

We need to teach our children early, before they turn into teenagers and think they know it all. For most of us, no one ever sat down and taught us how to interact – they just threw us in a room together, leaving us to use social queues as our guide.  This method perpetuates the bad behavior of the past, resulting in young men acting like the generations before them – and young women responding as their mothers and grandmothers did.

We need to flip our perspective. Rather than focusing solely on the behavior of women in a man’s world, let’s also focus on the example we set for both boys and girls in our everyday lives.  If we start early in their lives, modeling proper behavior and helping our children form different gender perceptions, then they could grow to interact more effectively than we did. This is how we should be raising the next generation

We would be able to spend less time and energy worrying about campus safety and workplace harassment and more time on quality education and workplace productivity.  Let’s get over this hurdle for good and do something truly meaningful and lasting for our children. Reach out to our children and send them the right message about how men and women are to interact in society.

Start by making a vow on our wall to change this perception and break the traditional cycle of behavior that has been crippling our progress as a society.  Then continue the conversation of women in leadership and advancing gender equality by joining our community.