Jessica Parisi has always craved what she calls “deliberate discomfort.” It’s her guiding rule that she’s had since she began her career: “If I stop learning at the pace I want to learn or stop having fun, then I’ll do something else. Life is too short.”

But even though she’s been constantly learning and challenging herself, Parisi’s never pictured herself in the role of a CEO. She’s been in this top spot at global professional services firm BTS USA since 2016.

So how did she become the company’s first female CEO? “Everything I had to learn in my career didn’t come naturally,” she says. But her secret to success – even at an early age – seemed to be that she had a knack for sourcing out knowledge from the best people she could find.

Early signs of a leader 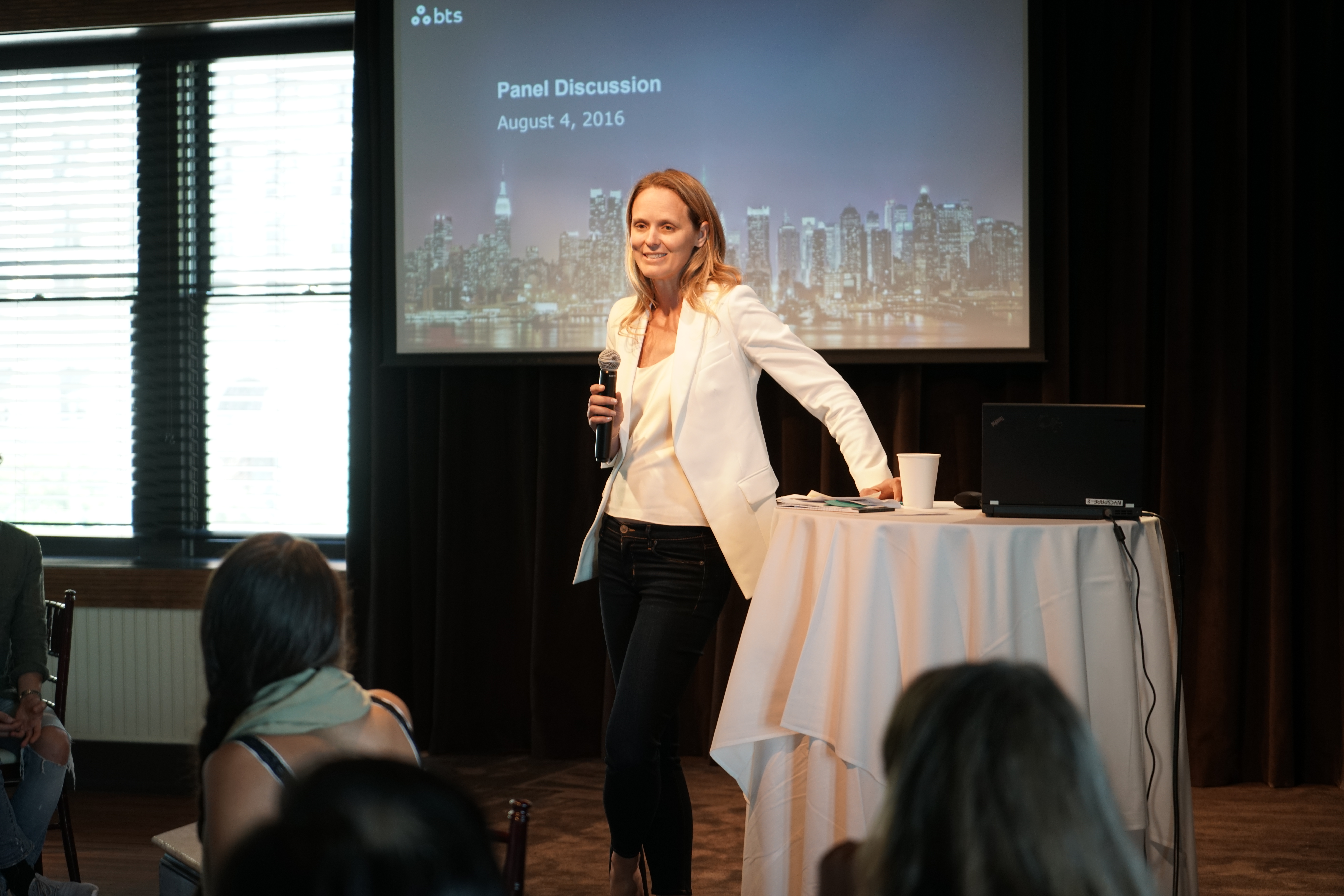 Growing up in the small town of Stillwater, Minnesota, Parisi remembers “being annoyed when people would ask me, ‘What’s your passion? What do you want to be when you grow up?’ because I never had a clue,” she says. But reflecting now, she recognizes that she always was competitive and would throw herself into leadership roles, like the captain of the basketball or tennis teams.

Thirst for knowledge: “I can remember as a kid I would often sit at the adult table because they were way more interesting than playing with the kids. Or I would go up to my parents’ friends, who were more successful or did jobs I didn’t know anything about, and hang out with them or talk to them.”

Early role model: Her dad, a prison warden, “had a reputation of being a very kind, compassionate leader,” says Parisi. “At one point, I took a tour of the prison system. I was probably 20 … what stood out to me was how much compassion and kindness he would exude to the inmates and I could tell the inmates felt respected by him. To me It was a massive moment … a great example of bringing grace to a position of power and not abusing it.”

After graduating from the University of Minnesota (during which time she acted in TV commercials, which helped pay for college), she began her career as a business analyst in 1999 at BTS, which works with leaders at Fortune 500 companies, including Salesforce, Chevron, Microsoft and Coca-Cola.

Career trajectory: Her career, she says, has really been about “doing the best work I could, whatever I was doing, learning as much as possible and then making sure I was changing it up every 12, 18 or 24 months. That’s as far as I looked ahead.” After several promotions, including head of the company’s U.S. Western Region and managing director of the Leadership Practice, she became the youngest non-founding partner in the company’s history in 2015, before becoming CEO.

‘Perpetual rookie’: Her entire career at BTS, where she’s been employed for 19 years, has been about challenging herself and the company: “We would be doing a particular project for a client and it would go really well, and that client would ask if we could do something we’ve never done before … I would often just say yes.”  And it was this exploring and experimenting with a new service that thoroughly challenged Parisi and put her in a natural leadership position: “When you go first you naturally learn ahead of your peers, she says, “and when you’re uncomfortable two great things happen: One is that you become humbled again and you tend to go to your network to ask for help … you’re a rookie again … and the second thing that happens is your adrenaline gets released. When you combine advice from the best with the adrenaline, you have this free thinking around because you don’t know what you’re doing, and I find you tend to do the best work of your life.”

Working women’s champion: Five years ago, “I led the wake-up call and the efforts to get our business leaders on board with ‘How do we have 50-50 men and women?’… It’s not that they didn’t want it. They just didn’t know how to make the change.” Her strategy? Require the recruitment team to have an equal number of female and male candidates in the pipeline. “This was a must,” she says. They also leaned on the female leaders to get more involved in the hiring process: “If women candidates could talk with other women or even just see more women in the interview rooms, they would naturally feel like they would belong.” As a result, BTS’ female representation has gone from 16% to 42% today.

Her best career advice: “Jump in and go for it,” says Parisi, even if you aren’t sure if you’re ready for a new challenge. “The worst case is that you’ll learn a ton which you’re always going to be better for it. In most cases, you’re going to feel like you did the best work of your life and you’ll be happier and more proud.” And for this self-described “change junkie,” going for it has certainly paid off.