You are here: Home / Featured Home / Equality is Easy: A Guide for the Office Gentleman

Here at Progressive Women’s Leadership, we’re pretty excited that women are taking on more and more leadership roles in the American workplace. The more women are represented, the closer we’ll come to the equality women have been fighting for since there were workplaces to fight for. While we’ve got a lot of room to grow, especially when it comes to leadership, we’re still moving toward a better world.

But we need to be sensitive here. For some people, all these women are downright terrifying. So I’m going to ask you to contain your celebration while we take a moment or two to talk to the office gentlemen. 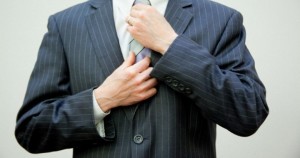 I know it was rough just now where you had to read two paragraphs that weren’t about you, but it’s okay now. I’m all about you from here on out. You can trust me – I too am a dude. Just one of the boys. Sports, war, cars: you name it, I celebrate it in my hand-carved man cave.

It’s crazy how you grew up with a woman as your mother, might even have a woman as your sister, possibly even married a woman, but now you come into the office and there’s a woman there too! Maybe several. It’s almost like they’re half the population.

But what do you do, you ask? Women have invaded your not-at-all-problematic Mad Men inspired safe zone, and you know you should maybe put your pants on and swear less but you’re not sure where to start.

That’s where I come in.

Step One: Women Are Humans

Okay, I get this isn’t exactly a step. Or even an action point. It’s just a fact. But here’s the thing, if I told you to treat women like humans, you’d ask how. I can’t answer that. This has got to come from inside you, bud.

A great first step in realizing other people are humans usually happens by the time you’re five, but no judgement. It’s a little thing called empathy. What you do is you think about how something would make you feel, then believe that other people feel a similar way when it happens to them.

So let’s say your female boss always refers to you and your male colleagues as “boys.” When you finish some big project, imagine she just pats you on the head and says “who’s a good boy?” Do you like this? Or does it make you feel a little less than a respectable adult human?

Okay, so take that emotion and think of it the next time a woman is called a girl. It should be uncomfortable. That’s good practice. Try to use empathy next time you see a woman in the office. Let me know how it goes. 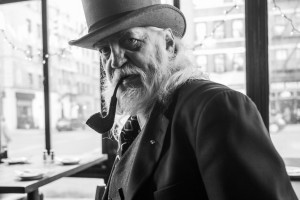 Don’t hit me, but I’m a cat person. There’s just something about those evil little monsters that I love, but to be honest, I don’t own a cat – what I own is a couple of rabbits. Interesting thing about those guys is they have an entirely different set of instincts than cats, and that’s because they’re prey animals.

Prey animals are wired to be aware of their environment, stay in groups, and play it safe. They have been trained over years to behave this way, and that is because if they don’t they die. When you don’t have the privilege to be the top of the food chain, you’ve got to be careful.

If you recall, women aren’t animals. Stay with me. They’re humans, remember? But marginalization can make a person nervous. And that’s why you might notice women would ask a question where men would demand an answer, or why a woman might hesitate to reach for a promotion a man would grab for. When women ask for a raise, they usually ask for 30% less – do you think they need less money?

Actually, they need more. But most women have been trained since childhood to be polite, focus on others’ needs, and only speak when spoken to. This doesn’t work in a business environment, but it’s a hard habit to break, especially when women can’t seem to win either way.

So that was a bit of an info dump, and I apologize for that. It’s pretty exhausting reading all these articles about how to be a woman, but here’s the good news: you’re a dude.

All you have to do is listen.

I’d put money down that you’re not a terrible person. I’m pretty sure you don’t make lewd comments on the appearance of your female colleagues, or deny a promotion or raise because of someone’s gender, or anything you’d associate with your average misogynist. I’m assuming you get that women are pretty cool and totally equal and not secondary citizens or anything like that. Those are pretty basic concepts.

But things slip through the cracks. The thing about inequality and prejudice is that these things permeate all of our culture, even in teeny tiny ways.  A lot of people have implicit associations they don’t even know about (you can take a test here!). To be a true office gentleman, you’ll just need to pay attention.

But men still hesitate to mentor young women because they worry how it might be seen. They still talk over female coworkers just because that’s how they’re used to talking. They still say things or make jokes they haven’t thought all the way through. I know, because I still make these mistakes.

While women are expected to notice other people’s feelings, we men have to make a special effort to make sure no one’s being trampled under our unbridled machismo. It’s rough, I know, but that’s the price we pay for the advantage and privileges associated with being born male.

I know talking to women used to be scary, but it’s okay now – they’re just people! Weird how it all keeps coming back to that. 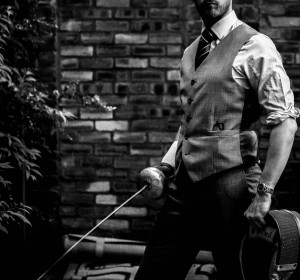 It’s really not. So far I’ve asked you to empathize, listen, and ask questions. That’s most of it. Listen to women, and believe them when they tell you things you don’t want to believe. In fact, there’s only one hard thing I’m going to ask you to do. You ready?

Call out sexism when you see it. When women do it, they often get shouted down, but men listen to other men. In my experience, men usually just apologize when I point out something they shouldn’t have said. Your goal here isn’t to defend a woman like an old-school knight – it’s to attack sexism and wrongheadedness wherever you find it.

If that’s not manly, I don’t know what is.