Most everyone has heard of the Equal Rights Amendment (ERA) – a proposed amendment to the US Constitution designed to guarantee equal rights for women. Did you know it was first introduced to the Congress in 1923 and reappeared in revised plans in 1972 only to die due to an insufficient number of state ratifying it. 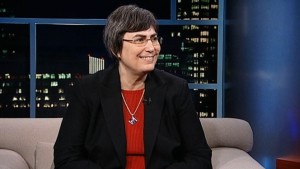 On Thursday, July 9th, The Carter Center hosted a virtual round table titled “Equal Means Equal”: Passing the Equal Rights Amendment. Dr. Faye Williams, National President of the Congress of Black Women; Jessica Neuwirth, President of the ERA Coalition; and Kamala Lopez, Director of Equal Means Equal – the upcoming documentary about women’s rights in the U.S. – discussed the necessity of the ERA.

To start, each woman voiced their opinion on why the amendment will help women.

Jessica Neuwirth broke the ice with the 1994 case of Christy Brzonkala, a Virginia Tech freshman who was allegedly assaulted and raped repeatedly by two male students. Despite one of the offenders admitting having sexual contact with her even though she’d said “no” twice, a state grand jury did not find enough evidence to charge either man with a crime. The Chief Justice stated that a civil remedy for crime of violence “motivated by gender” could be justified neither by the Commerce Clause nor by the 14th Amendment. Both of these sections of the Constitution had been used to support the Violence Against Women Act (VAWA) thus frustrating advocates of the case which was thrown out. We need the Equal Rights Amendment, Neuwirth argued, because the 14th Amendment does not recognize women’s rights as it is limited to state action.

Like her fellow speakers, Kamala voiced her frustration and puzzlement over the fact that there are 1 in 4 women attacked on campus during their time in college. “How do we let this happen?” She asks repeatedly. Lopez presented the major goal of her film project Equal Means Equal during the roundtable discussion. Her purpose, she explained, was to grab the attention of younger generations who were not as aware of gender inequality through media: the key to reaching people. Sharing jarring facts, such as failing to test seat belts on women dummies resulting in a significantly larger amount of female deaths in car accidents, was her tactic for raising awareness in young adults 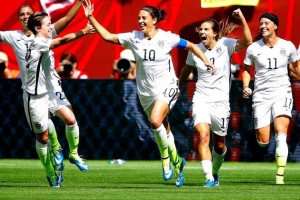 Gender bias was another major topic as it is culpable for influencing important decisions. The U.S. men’s soccer world cup, for example, had 40x higher pay out than the women’s AND they lost. Faye Williams questions why the men’s team doesn’t stand up for the women and then about the discrepancies in salaries in general. 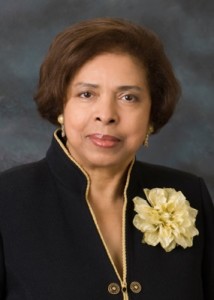 The core reason against passing the Equal Rights Amendment is, quite simply, fear. Neuwirth speaks about Americans who do not want women in combat, the addition of unisex bathrooms and gay marriage. To rise above the opposing side and strengthen the amendment coalition, Dr.  Williams suggested supporting each other’s causes using the example of white women who complain about women’s issues but do not support other races’ issues – citing the recent Mckinney, Texas incident. If black women are being attacked and not supported by fellow females, how are they supposed to feel united with each other and pass the ERA?

The hour ended just as the discussion picked up momentum. Here were three women who all wanted the same thing – equality for women in the world – yet hail from three different places. Neuwirth, a lawyer, is passionate about the injustice of the Christy Brzonkala case. Kamala, a film director, wants to educate younger generations about gender bias. And then there’s Williams, the President of the National Congress of Black Women, who is horrified by all the inhumane hate crimes that continue to transpire. What moves each of these women to advocate for the ERA is a personal connection with which they identify as being a part of. This discussion enabled not just the viewers but the speakers as well to listen to each other’s words and reasons for action. Like Dr. Williams said, we need to support each other’s causes. This is how we can fight to eliminate treating women unjustly. The first step is for women to help themselves, through advocating their own rights in their personal and professional lives and then to reach out to other women in need.

Through passing the Equal Rights Amendments and making the United States a gender progressive nation, we will be in a more stable position to help other countries that are mistreating their female citizens.