Emotional Intelligence (EI) also known as Emotional Quotient (EQ) is understood as the ability to understand your own and others’ emotions and how they drive behavior. This capacity to relate appropriately with others, and engage constructively with their emotions is a vital trait for every successful female leader.

Goleman argues that emotional intelligence accounts for 67% of the abilities deemed necessary for superior performance in business, mattering twice as much as IQ and technical skills. He outlines the following four pillars of EI/EQ: 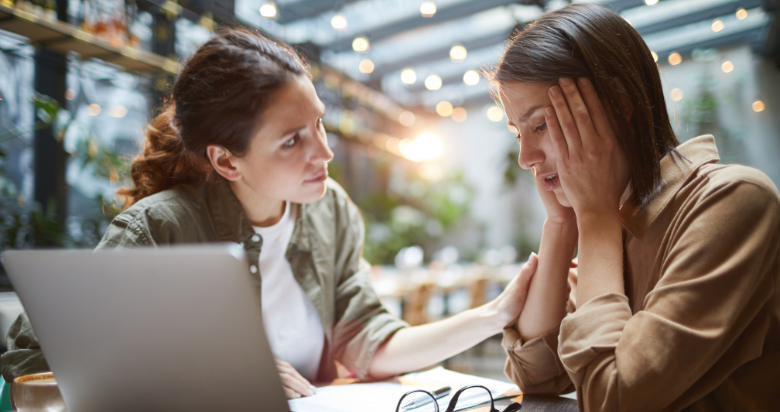 And yes, it has been noted that men and women have different inherent abilities when dealing with emotions. Relationship-based skills are ones wherein women certainly excel. As women, having a healthy understanding of our own emotions is helpful in terms of interacting with others positively.  Improving emotional intelligence is fundamental to improving personal communication and strengthens the efficacy of your communication strategy.

EI plays a huge role in how leaders address critical challenges and opportunities. And yet women tend to undervalue their skills competency and performance while men will typically overvalue themselves.

To be perceived as leaders, women need to adapt and exhibit more male-specific EQ attributes as they rise to the ranks of leadership. Challenging the status quo is just one task faced by most women in business.

Dr. Richard E. Boyatzis, Distinguished University Professor, CWRU, suggests that “Research shows, however, that the reality is often the opposite. If more men acted like women in employing their emotional and social competencies, they would be substantially and distinctly more effective in their work.”

A 2001 study carried out at the Johnson & Johnson Consumer & Personal Care Group found that women with higher EI were better at practicing self-awareness and self-management, while also scoring higher than average in the areas of self-confidence, achievement orientation, leadership, initiative, and influence. This same study found that female-identifying business leaders scored higher than their male counterparts in the areas of emotional self-awareness, conscientiousness, service orientation, and communication.

How can women use EI skills to become better leaders?

Firstly, women are more often motivated by empathy than men when it comes to affecting their decision-making processes. Empathy helps women to see problems from other people’s perspectives which makes them less self-centered and more flexible in problem-solving. To become an empathetic leader is to become more patient, aware, and considerate to not just your employees but also yourself.

Becoming a “people developer” can help inspire and motivate employees to grow. Women leaders build trust by sharing big decisions and inviting their team to voice questions, concerns, and ideas. Transformational leaders excel at turning their vision into an actionable plan and they are strong role models. Being a role model means exhibiting a passion for your work. Women leaders who can identify and manage emotions are also able to motivate others.

How you feel about yourself, and your work depends on how effectively you manage your emotions. Becoming more self-aware is another pillar of EI – being able to be aware of and understand your and others’ feelings and their impact.  You can accept and recognize your strengths and limitations with a slant to improving and pursuing objectives and are open to the latest information and experiences and learn from your interactions with others.

Emotional intelligence is considered a key differentiator at the top leadership level, and it is a competency asset women can deeply value even as we develop it. 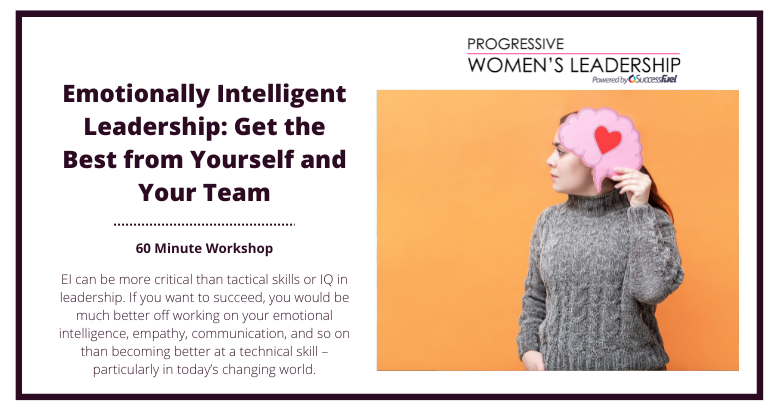 Jeffers, S., (2006) “Feel the Fear and Do it Anyway: How to Turn Your Fear and Indecision into Confidence and Action”

Audrey Halpern has had an exemplary 20+ year career developing employee soft skills training programs and facilitation. She is a faculty member of the American Management Association (AMA).

Since 1992, Audrey has consulted with corporate clients, developing customized content and facilitating soft skills, emotional intelligence, leadership, and communication content face to face and through global webinars for clients in a variety of industries.