You are here: Home / Leadership / Do You Have Executive Presence?

When you’ve got executive presence, people take notice. That illusive “it” quality exudes confidence and composure – and conveys to those around you that you’re in charge. 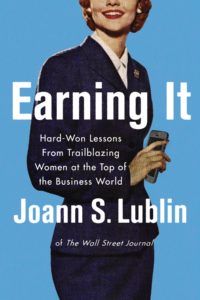 “You convey an aura of leadership if you know the part, act the part and look the part,” writes Joann S. Lublin in her new book, Earning It: Hard-Won Lessons from Trailblazing Women at the Top of the Business World (Harper Business).

While it takes a concerted effort to develop executive presence, your career may take longer to advance without it, say the top female leaders Lublin interviewed for her book.

Here are some of their hard-won lessons for upgrading your own executive presence.

A leader has gravitas if she exudes excellence, remains calm under pressure and commands others to listen but knows when to be silent. Sylvia Hewitt, CEO of the Center for Talent Innovation, breaks down gravitas to these six traits:

Teresa Taylor, former COO of Qwest Communications, proved her gravitas at a meeting where she was the only woman there and a man asked, “Can someone take notes?” Wanting the men to regard her as a leader, she ignored the awkward silence until a male VP stepped up. “Wait for the uncomfortable moment,” she advised.

Do you look the part? While seemingly not as important as competence, education, experience and ability, your personal presentation makes a difference, say the leaders:

Posturing for success. Melissa Dyrdahl, CEO of Ella Health, chose to wear heels every day, once she entered senior management. This puts her at eye level with most male coworkers: “They have to take me more seriously.”

Dressing the part. “Always dress like you’re going to the president’s office” is what Beth Mooney, CEO of KeyCorp Bank, advises. When she was a management trainee, she was called to the office of the president to explain why her bank might have to write off a $10 million loan that she’d handled.

That day she’d worn a much-too-bright dress that was unsuitable for a financial institution, even getting the attention of the president, who said, “My, we’re colorful today.”

Is his comment inappropriate? Perhaps, but, like it or not, appearance does influence how executives are perceived and women are much more likely to be judged on it. That’s why you need to be a keen observer of what women at the top wear in your industry or your company.

While top leaders Lublin interviewed may have resented being evaluated based on seemingly superficial details, they realized that appearance is a key element of executive presence. 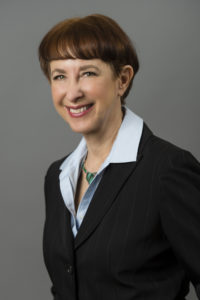 Communicating effectively during formal presentations or executive meetings is another crucial element of executive presence. Here’s what some female leaders told Lublin:

PowerPointers, take note. Ginni Rometty, the first women CEO of IBM, stopped using PowerPoint slides and flip charts because, she said, they distracted her from developing her executive presence.

Please be seated…here. Sit in the middle of a conference table, recommended Cathie Black, former President of Hearst Magazines, because you can project your voice better.

Let’s be honest. Appearances matter when it comes to whether or not someone is perceived as leadership material. You may know you’ve got what it takes to lead, so by putting some polish on your presence, who knows what may happen next?