Think about a female leader you admire and consider the qualities that woman possesses. She’s particularly cool under pressure. She’s focused but not rigid. She can take a bad experience and address it, then let it go. She shows great patience in the most frustrating circumstances.

As successful women leaders know, there are many facets to leadership. Some are more intangible qualities, things that we might not be born doing naturally but that, over time, we can teach ourselves.

Developing those intangibles can help us kick our careers into high gear. 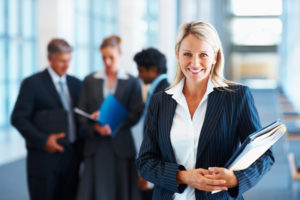 The plus is that many natural leadership traits are already inherent to women, says Esther Wachs Book, author of Why the Best Man for the Job is a Woman: The Unique Qualities of Female Leadership. She interviewed female CEOs and identified several attributes she believes are unique to women, including:

* We can sell our vision

* We aren’t afraid to reinvent the rules

* We focus on achievement

* We show courage under fire, and

* We turn challenges into opportunities.

While Book’s assertion that these qualities are found only in women executives is debatable, she points out that management styles in today’s business climate have been changing for some time. Women bosses now find ourselves in more collaborative, team-oriented corporate environments that emphasize communication, networking and balance—traits we’re known for.

Intangible attributes are qualities that might not have specific definitions, but most people know them when they see them. They also take time to develop. Make sure you’re cultivating these seven leadership traits – and take the advice from other top women leaders on how they did.

What other intangible traits do you feel great leaders have? Share them in our comments section!