You are here: Home / Women in the World / Another court victory for women on equal pay claims 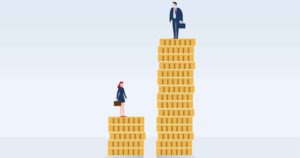 Good news for women everywhere just came out of a federal appeals court: Having a “grade and step” pay system doesn’t preclude an equal pay claim.

You know how it works: You start a new job and based on your experience and qualifications you’re assigned to a grade level for salary.

Makes for a fairer system, right? Not necessarily. Turns out gender-pay inequity can still play a factor.

Here’s what you need to know.

Men started at a higher grade

In this specific case, three female fraud investigators for the Maryland Insurance Administration asserted that they were paid less than their male co-workers in the same role with similar experience.

The employer was quick to cite its grade and step system as the justification for their salaries: Those men had been assigned to a higher pay grade when they were hired, based on their qualifications.  So that explained away why the men were making more – by coming in at a higher grade, their salaries increased at a higher rate, even when their female counterparts were doing similar work now.

Not so fast, said the court.

Having that type of pay system doesn’t automatically negate potential pay claims. After all, there could have been biases at the time of hiring that set men at the higher pay grades than the women.

So the women could continue with their suit.

Of course if the employer can provide concrete evidence that justified starting the male employees at a higher pay grade, the claim will have no legs. If they can’t, the women have a case.

This is certainly another step in the right direction for women in the workplace. Following this spring’s other federal appeals court ruling that salary history can’t be used as a justification for paying women less than men, this case further knocks down deep-seated biases that have been impacting women’s paychecks for decades.

Outside the courts, several high-profile companies have been taking steps to level the pay playing field as well, including Starbucks, SAP, Adobe, Apple and Accenture.

And within your own company, there are steps you can take to close the gender-pay gap.