You are here: Home / Featured Home / Citi just revealed its ‘ugly’ pay gap data: Will other companies follow suit? Will yours?

Want a way to close the pay gap in your own company?

Pay transparency is one way. Yes, it can certainly pit employees against each other, but it could also be the answer to closing the pay gap between men and women. 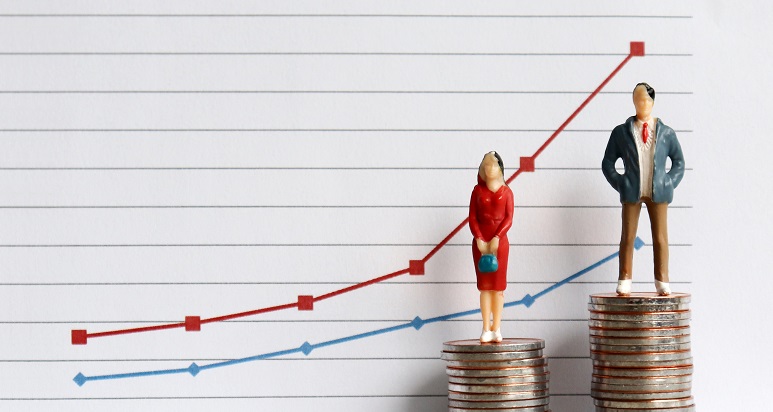 And that number indicates that women may not be represented in senior roles, which is why the company also revealed how it will address pay disparities: Citi plans to increase representation at the assistant VP and managing director levels to at least 40% for women by the end of 2021.

Step in the right direction

It’s an important step in the right direction for pay equality. And all companies need a starting point, so they can track and benchmark.

But for many companies, discussing salaries has always been taboo. Some firms even require new hires to sign an agreement swearing they wouldn’t disclose their pay to co-workers.

A case in point: In 2017, the Department of Labor filed a lawsuit against Google on behalf of its female employees, claiming the company refused to disclose data on employee salary history, as required by equal opportunity laws.

Companies might be able to point to reasons for pay discrepancies, but does keeping compensation secret reinforce discrimination? That is something women leaders, within their own companies, need to decide.

Convincing your company to be transparent

Some firms have now gone to a policy of transparency to address gender pay disparities. If you‘re thinking of convincing your company that transparency is the way to go, you might want to give it some thought.

Before you broach the topic with upper management, you’ll need to ask yourself, “How would I feel if my co-workers could see my paycheck?” then you’ll need to decide which of the following approaches would be a better fit with your own company culture:

This approach can be tricky. There are always going to be cases where an employee asks, “Why is Stephanie paid more than me? We have the same title and the same duties.”

“Salary information for all –including the company’s leadership – is available to all inquiring team members. Wage transparency helps promote inclusiveness and ensures our compensation system is fair.”

This involves having detailed discussions with employees, either individually or in a group, about the overall compensation plan – salary ranges and midpoints, goals and objectives that need to be met, performance metrics, etc. Most companies prefer this approach because it focuses the conversation away from rankings of employees toward individual performance.

Both approaches signal a new trend in employee engagement – helping employees understand the inner workings of their organizations.

Should your company try transparency?

Consistently analyzing pay data and initiating conversations with employees about their pay is the only way to ensure that they – and, in particular, the women in the company – will understand that the company is taking steps toward achieving pay equity.

That’s why, for example, the results from a pay audit shouldn’t be known only to those who conduct the audit. It’s best to bring all the leaders in the company on board with the audit process and to be transparent with the employees on the results of the audit.

Ready to challenge your employer?

Women in management roles can – and should – confront their employers if a known pay disparity exists. Remember, it only took two women at Salesforce in 2017 to make a $3 million difference to correct the pay gaps at their company.

This begs the question, “What can I do to affect change?”