You are here: Home / Leadership Skills / 4 Career Risks Worth Taking for Women in 2017

“One of the most damaging things you can do in your career is to stay for years where you are comfortable,” wrote career coach Kathy Caprino in Forbes.

Talent and hard work alone will not help you ascend to the C-suite, says Caprino, who helps women advance in their careers. 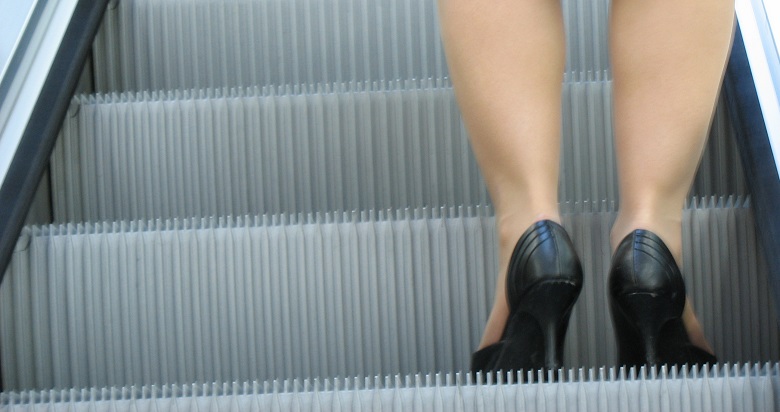 If you’re looking to accelerate your career trajectory this year, taking some calculated career risks might bring about real change for you on the corporate front, positioning you for that next promotion.

Find out what it will take to make your mark, from women who did.

Push past your comfort zone

First and foremost, you need to prepare yourself mentally to explore the possibilities of taking a career risk. “Most women I know who’ve been successful in business, it’s because they’ve been willing to take on the risky challenge that other people would say, ‘Oh I’m not sure I want to do that’,” Bayer Crop Science CEO Sandra Peterson told Forbes. She’s “always taken on risky roles,” having held high profile senior executive jobs in six different industries. With every change, she tells everyone she works with at all levels to expect her to ask a lot of questions, as she meets with them to get a sense of what’s working well and what needs improvement. It’s allowed her to learn new things and take bigger roles and bigger organizations.

Does your company want to move in a new direction? By making yourself keenly aware of company-wide initiatives or rebranding efforts, you can attempt to help the company and help yourself too. Soon after Andrea Jung, former Avon CEO, started her career at the cosmetics giant as a marketing manager, she began to pursue an “unpopular project” of coming up with a global brand strategy for the company before they had one. Jung, who succeeded in developing a strategy in her off time, credits this “mission impossible” project with propelling her to the top. “The chance to work on something that seems very difficult or challenging by definition gets more visibility,” Jung told Joanna Lublin for her book, Earning It (Harper Business). By doing so, you’ll build your image as a change agent ‒ someone who can be relied on to help your company transform itself.

Make a lateral move … to another office

Of course, relocating is never a decision that can be taken lightly, considering your spouse, kids, moving expenses, living arrangements, etc. But if you’ve been working hard and making all the right moves and still haven’t gotten that big promotion, making a lateral move within your company to another location may be worth the gamble. It may be particularly beneficial if it gives you a chance to shine, for example, by turning around an underperforming division. Lyndsey Simpson, now co-owner of HR company Curve Group, advises going for the positions in less popular departments or locations, she told Financial Times. She took several posts in geographic regions that her former employer Barclays found difficult to fill. She moved to Africa to run a division. She also moved to Spain for eight months to run the bank’s operations but without speaking a word of Spanish. Along the way, you’ll build confidence, accumulate broader experience and accomplishments, possibly close some knowledge gaps and learn from a new boss, especially if you’ve reached a plateau with your current one.

If you’ve reached a senior level with no promotion in sight, create your own, workplace coach Darcy Eikenberg told Ladders: First, identify the pain points in your company, build a business plan for a new role, department, etc.; and communicate the plan to upper management. “If you’re truly hungry for advancement in a flat world, make it yourself,” she said.

Are you ready to embrace change in the new year? To help you take a calculated career risk, ask yourself one important question, “Will this move get me closer to my ultimate career goal?”