You are here: Home / Life Balance / Weigh the Options: 4 Career Moves That Need a Pro/Con List

It’s the beginning of a new year, and perhaps for a while, you’ve been feeling restless with your present career state.

Maybe your company is mired in a promotions freeze that hasn’t thawed. Or, you’re aware of friends who are moving up their own career ladders, relating new and challenging opportunities they have to choose from.

When you start to get the impression you’re the only one who’s stagnating, it could be time for some different scenery. 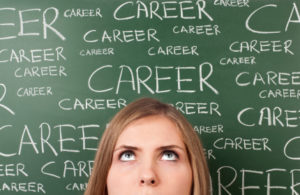 So if you’re mulling a move, don’t take it lightly. With a little planning, you’ll be better able to see if making a big change would be a wise move for future success.

Are you angling for a promotion? Start taking these 6 steps right now.

Making a career move has a lot riding on it—your future plans, your location, your earning potential, to name just a few.

There’s also the risk of the unknown, especially if you’ve devoted many years to the same company. You might also feel an emotional attachment to your job; even if it feels stale, it’s familiar and you’ve been regularly rewarded for good work.

So don’t make the following moves without first drafting a pro-con list, to give a little clarity to why you should take the next step (or not).

If you’re positive about accepting the offer, you’ve likely considered the salary, benefits, and other perks (such as the ability to telecommute) of the new position. You’ve also taken into consideration issues such as the new job’s location and any new responsibilities (such as travel expectations).

Since you’re simply moving from one job to another that you think you’ll like, it might seem like a clear-cut decision. But the move could have hidden effects on your life with regard to work-life balance.

Why you need a pro/con list: It’s important to weigh the work culture of your current job with that of the new job. Use the list to do a little research on how that company’s culture supports its employees.

For one, the new position could afford less flexibility. This could be an issue if you’re not used to being constantly on the clock, and like to supplement your work day with short errands. Just make sure you can accept that you may have to rethink your daily calendar.

Another example: does the new company enforce a stricter dress code? If your current position allows casual wear but the new one requires more formality, you’ll need to spend some money on a wardrobe upgrade.

Understanding a company’s work culture before taking a new position is a good way to measure how much it will impact your move.

Move #2: You’re taking an opportunity in a new city, state or country

Your decision to move for a job, no matter how far, may seem like a no-brainer if you’ve been offered a higher salary, a considerable promotion and other perks (like moving expense reimbursement).

Why you need a pro/con list: Considering the obvious incentives of the new job offer, you may overlook some hidden challenges, including taxes and cost of living of your new location, language issues and other factors that can affect your life as a whole.

It’s important to itemize each possible challenge you could face to more clearly recognize those hurdles and ensure you can take them in stride.

Take it from these successful women: Here are career risks worth taking.

Usually people who opt for this change do so after giving it some serious thought. In some cases, the switch comes naturally, if a new opportunity was presented to you before you went looking for it.

You may also have a few leads on different opportunities and be in the process of doing more research.

Is the new career something you’ve always wanted to do before you settled for a more “practical” job? Is complete change what you need to get out of a rut? Or are you considering the move for mainly economic reasons?

All of those reasons are valid to prompt a career jump, but you need to ask the top question: Will I enjoy this new field as much as my previous one, and be willing to be patient with the adjustment period that will probably come with it?

Move #4: You’re shifting from full-time to part-time or freelance

Giving consideration to shifting our time spent on the job is often a move done out of necessity rather than preference.

Opening up work schedules to adapt with changing family responsibilities or to begin a new career are, luckily, options that are more prevalent than ever. But it still isn’t a decision to take lightly.

Why you need a pro/con list: Even if you can live with the financial adjustments of leaving full-time work, you should still use a list to make sure you can adapt your lifestyle around your new occupation. Before you know it, what seemed at first like an easier schedule can fill up and backfire.

Part-time work could come with scheduling issues, such as night shifts, despite shorter work days. And while freelancing allows you optimal flexibility, facing looming deadlines or taking on several jobs simultaneously can seriously cramp your schedule.

Make sure you’re balancing work demands with other responsibilities and that you’ll be comfortable juggling several tasks in the same day.

A life-changing career move requires more than just the confidence you have to do it. You know you’ll be making the wisest decision after some careful pro-con list planning that can help you see the bigger picture.