You are here: Home / Communication / Arm Yourself for Negotiation: Lessons from Jennifer Lawrence & Precedent

We know that as women we are equally as capable, experienced and intelligent as men, so why are men still making more money than we do?

In the most recent Lenny Letter, Lawrence reflects upon her self-disgust after realizing that she had too eagerly accepted an offer that earned her substantially less than her male counterparts. Rather than negotiating, she recognized the “lingering habit of trying to express … opinions in a certain way that doesn’t ‘offend’ or ‘scare’ men.” JLaw didn’t blame her male counterparts for the disparity, but social norms for convincing her she would be pegged as a spoiled brat if she tried to negotiate.

While Lawrence’s high profile put a famous face to an everyday problem, the pay gap is a major issue affecting women across industries from business to politics.

In Thibodeaux-Woody v. Houston Community College, an employer was sued when a disgruntled employee found out that she was being paid over $10,000 less than her male counterpart. They had been hired around the same time, had similar qualifications and worked the same job.

During the interview process, she was informed of the maximum salary offered for the position and led her to believe that it was non-negotiable. The man who was hired simultaneously, negotiated and accepted an offer earning him significantly more than the disclosed salary.

The woman sued, filing a claim under the Equal Pay Act, but the case was dismissed for a lack of prima facie for wage discrimination. The employer swayed the case asserting that the disparity was not based on gender but on differing negotiation styles. As previously mentioned, the woman in question was not given the opportunity to negotiate.

[This case is still pending based on the EEOC asking for the summary to be reversed.] 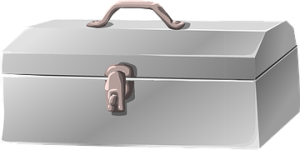 You are not alone in thinking of negotiation as a daunting task, even Hunger Games heroine Katniss Everdeen finds the idea intimidating! However while we are fighting for equality, we need to arm ourselves with the right tools to succeed. Negotiating skills being one of the most important items in our toolbox to defend and fight for our self-worth.

Like in any other difficult conversation what you are proposing may be shot down, but your offer will never be accepted if it’s not on the table to begin with. So grab a chair, sit down and come to the negotiating table prepared and informed by the following tactics. Good luck!

When giving or responding to an offer sit quietly and wait for 10 seconds. Allow each party involved time to consider the most recent addition to the conversation. Many people are afraid of silence, they jump in and counter their own request assuming that the silence meant their offer wouldn’t be accepted.

By listening to the other party’s needs you will better understand their standpoint to find common ground. The more information you gather, the easier it will be to agree upon a solution.

Nobody can argue with facts. Show that you know what you are asking for and how you came to the proposed solution. Then share what you plan to contribute to the organization in return.

It can be helpful to include a witness or two who can assist you with negotiations. They can give you tips, back up your offers with third party insight and help you determine whether or not to proceed. Coming in with backup can also be helpful as you may be presenting to a group full of questions, which can become overwhelming alone.

Taking clear and concise notes will provide more insight and information to refer back to during your negotiation. A good general rule is that you should always get offers in writing.