You are here: Home / Leadership / The Truth Behind Why Most Women Don’t Work Abroad

There are a lot of perks that come with working abroad – networking, building a stronger career, and being well-versed in other business practices. So why don’t more women do it?

After all, more than half of women would be willing to work abroad, yet less than 30% get the chance to, according to a study conducted by Boston Consulting Group (BCG). 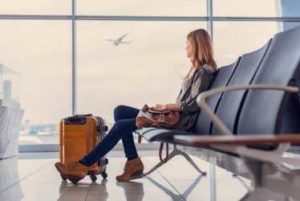 Before you think “children,” consider this: BCG found that 44% of women with children in the study said they’d still be willing to work abroad if they had the chance.

Women just aren’t given the same opportunities when it comes to working abroad as men are.

“An employee’s willingness to travel fluctuates based on both personal and professional factors. But a person’s family status should not be assumed to be a barrier to international opportunities within an organization,” said Matt Krentz, a BCG senior partner and a coauthor of the report. “When companies overlook women for these assignments, it not only puts them at a disadvantage, it hurts the organization by weakening their leadership pipeline.”

It’s also great opportunity to position yourself for ongoing leadership responsibilities, as well as:

Whether you take the time to learn the local language or do something more specific to your job (like learning local regulations or procedures for other countries), working in another country is a great way to expand your overall career development.

Almost a third (31%) of international business executives are bilingual, according to global executive search firm Korn Ferry. Imagine what doors that could open for your company.

Sure, an email can help you connect with people in other countries, but having a digital relationship doesn’t beat the connection you’ll get meeting someone face-to-face.

For example, trust is a huge aspect of business in Asian. And Skype isn’t going to offer the same level of trust when you’re looking at the person on a computer screen. Asia is big on “looking in the eyes” as a huge trust move – and it’s not the same when it isn’t in person.

Get a leg up on competitors

Considering international mobility assignments are predicted to increase over the course of the next 5 years, now’s the time to go abroad. If your competitor is sending employees overseas, they’re already ahead of the game.

So where are the best places for women to work? According to BusinessInsider: