You are here: Home / Featured Home / A Brief History: The Four Waves of Feminism

While the roots of feminism are buried in ancient Greece, most recognize the movement by the three waves of feminism.

However, empowered by the constant connectivity of the internet and the strength of the #MeToo movement, a new wave of feminists are speaking out in record numbers against discrimination. A new era for feminism has begun, full of passion, social-influencing power, and demanding change.

Often taken for granted, women in the late 19th to early 20th centuries, realized that they must first gain political power (including the right to vote) to bring about change was how to fuel the fire. Their political agenda expanded to issues concerning sexual, reproductive and economic matters. The seed was planted that women have the potential to contribute just as much if not more than men. 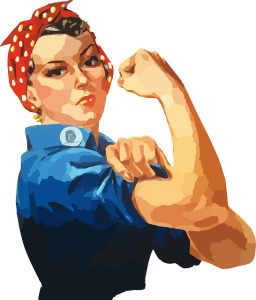 Coming off the heels of World War II, the second wave of feminism focused on the workplace, sexuality, family and reproductive rights. During a time when the United States was already trying to restructure itself, it was perceived that women had met their equality goals with the exception of the failure of the ratification of the Equal Rights Amendment (which has still yet to be passed).

This time is often dismissed as offensive, outdated and obsessed with middle class white women’s problems. Conversely, many women during the second wave were initially part of the Black Civil Rights Movement, Anti Vietnam Movement, Chicano Rights Movement, Asian-American Civil Rights Movement, Gay and Lesbian Movement and many other groups fighting for equality. Many of the women supporters of the aforementioned groups felt their voices were not being heard and felt that in order to gain respect in co-ed organizations they first needed to address gender equality concerns.

Women cared so much about these civil issues that they wanted to strengthen their voices by first fighting for gender equality to ensure they would be heard.

Unlike the former movements, the term ‘feminist’ becomes less critically received by the female population due to the varying feminist outlooks. There are the ego-cultural feminists, the radicals, the liberal/reforms, the electoral, academic, ecofeminists… the list goes on.

The main issues were prefaced by the work done by the previous waves of women. The fight continued to vanquish the disparities in male and female pay and the reproductive rights of women. Work continues to end violence against women in our nation as well as abroad.

This wave was about acceptance and a true understanding of the term ‘feminism’.

It should be noted that tremendous progress has been made since the first wave, but there is still much to be done. Due to the range of feminist issues today, it is much harder to put a label on what a feminist looks like- leading to a brand new generation rallying for equality and women’s rights…..

Yes- a new Fourth Wave of Feminism has hit the coast, causing quite a stir:  The Four Waves of Feminism (And Why They Matter for All Women)