You are here: Home / Featured Home / 3 ways to coach your team to new heights (from someone who spent her career studying teams)

Can you count on your team? If you’ve got any hesitation, you might want to listen to a woman who’s spent her career studying teams.

“One of the clearest signs of an experienced leader is the attention she pays to her people and her teams,” notes Lindred Greer, an associate professor of organizational behavior at Stanford Graduate School of Business.

But, unfortunately, she knows why many teams fail: Team leaders do not focus enough on team dynamics or what she calls “the fundamental driver of business success.” (A Google study of more than 180 teams also concluded that the dynamics of a team are actually more important than the talents and skills of the individual team members.)

After years of study, Prof. Greer now has a clear understanding of what makes teams effective. Here she gives you a few essential tips for building and managing effective teams. 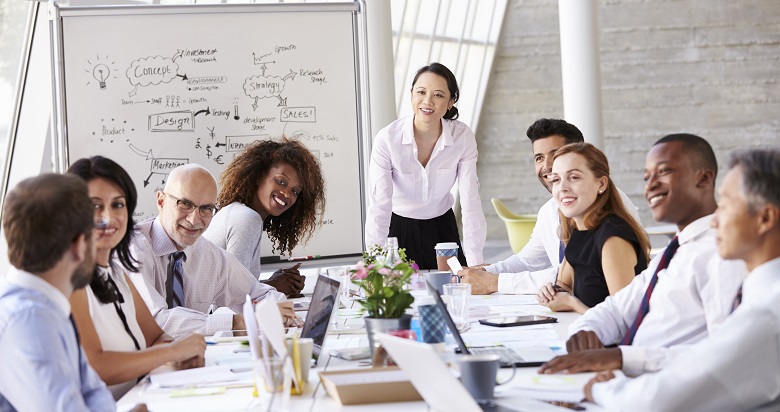 Quite simply, recruit team members that do not have a lot of similarities. Rather, build a team that welcomes diversity of thought. Members should have different ways of thinking, different backgrounds and styles of work, different expertise. Bring optimists and pessimists together; pair risk-takers with risk-avoiders; balance genders. In other words, design a team around complementary but distinct attitudes and strengths.

However, you need a cohesive understanding of the team’s goals and processes. And the way to bring this diverse team together, she says, is to include every team member in any discussions where:

Getting any team, no matter how well they get along, to work together isn’t easy, and many leaders skip over the basics of team building in a rush to accomplish goals. But it’s important to establish details as small as how to run meetings so no member of the team sees that you’re picking favorites or discounting their feelings.

Generally, a manager guides and delegates, others report on progress. But the value of this organizational structure is questionable in today’s workplace, says Greer. The “flat” organizational structure with fewer levels of management and looser boundaries – the kind that Google has advocated since the company began – will empower your team so ideas will flow freely.

To impose this kind of flatness and freedom, you do three things:

This shifting between flat and agile structures should be practiced regularly, as practice will make the transition more natural. “It’s hard to go back and forth, to have a voice one moment and then none the next; this can feel disempowering, disrespectful,” Greer says. “One of the worst things you can be as a leader is unpredictable, but if flipping back and forth like this is normalized, then it won’t be seen that way.”

Left alone, troubles fester. It’s important to spot and diagnose problems as they arise within a team. Years of observation have taught Greer a few key early indicators of discord.

If your answer is yes to the following questions, you may need to delve deeper into your team dynamics.

Ask yourself these three questions: “Are people on my team …

… fighting over trivial things?” Quibbling over things like where to order lunch from “are a big signal to me that there are problems on the team,” says Greer. It’s often an indication of bigger power struggles at play: One person resents being passed over for promotion, or not having certain responsibilities, and so lashes out in other situations. To defuse this, stop the meeting short and talk to that person, Greer says. Find what’s driving the conflict and resolve that issue.

… all giving me vastly different answers to the same question?” For Greer, this “screams halt.” Take time to reestablish the glue of a single, coherent vision.

… not speaking up in meetings?” You need to find out why. “The first answer people give may not be right,” Greer says. “So ask why upon why upon really why, and you should get an answer to this question.” Be proactive. Pay attention to small details, like where they (and others) sit in meetings and how this affects conversation, or how their responses to ideas influence whether people speak up.

Once you start to use these techniques, you’ll notice that there’s more collaboration and innovation within your team, leaving you more time to think strategically, inspire a vision and provide direction to your newly diverse and dynamic team.